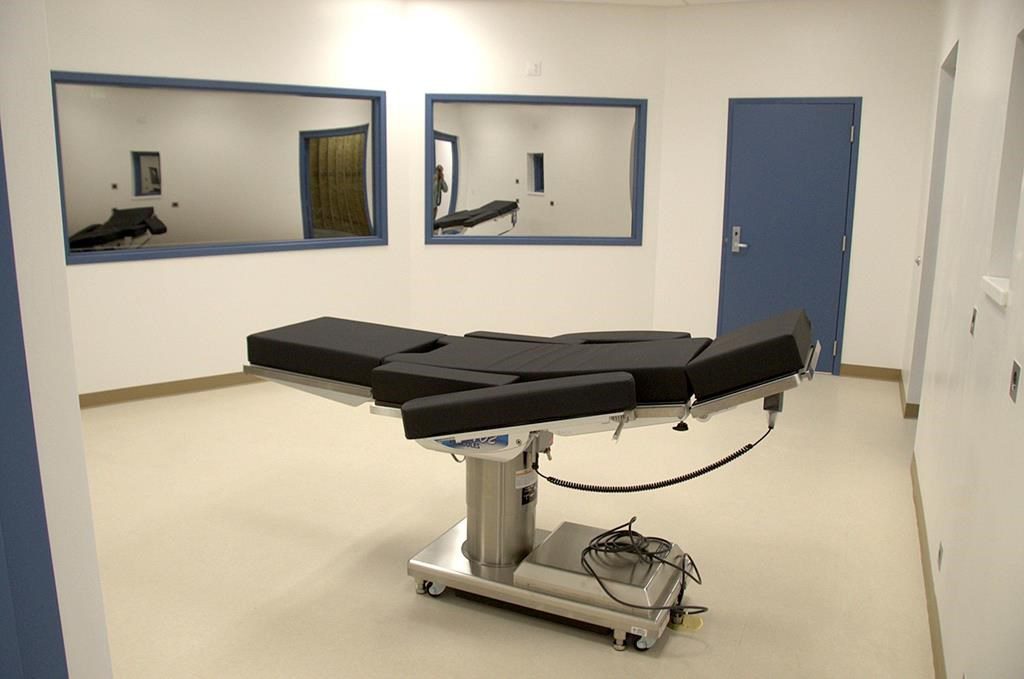 CARSON CITY, Nev. â€” An effort to repeal the death penalty in Nevada is exposing polarization in the Legislature while proving party affiliation can be an unreliable predictor when it comes to capital punishment.

When Democrats won trifecta control of the western swing state's government, opponents hoped it would ease the path toward abolishing the practice.

Since 2019, Democratic-majority legislatures in Colorado, New Hampshire and Virginia have done away with the death penalty. Yet Nevada's repeal effort faces significant hurdles.

The proposal passed the Assembly this month. But leaders in the state Senate have not indicated whether they'll consider the bill, and Gov. Steve Sisolak staunchly opposes it.

Advocates on both sides say the contrast among the states underscores how the death penalty continues to jumble partisan divides.

"There's this blueish, purple-ish wave type of phenomenon. We saw that in Colorado, we saw that in Virginia, and in some sense that played into what happened in New Hampshire," said Robert Dunham, executive director of the nonpartisan Death Penalty Information Center. "But you can't say that this is Democratic or Republican because the effort to abolish the death penalty in Wyoming â€” which is the most Republican state legislature in the country â€” was pushed by Republicans."

Capital punishment is legal in 27 states, three of which have a governor-imposed moratorium. Repeal proposals have been introduced this year in at least 14 states â€” both in Democratic-controlled legislatures like Nevada and Virginia, and in Republican-majority statehouses, including Kansas and Georgia. Legislators voted down Wyoming's GOP-sponsored repeal bill in March.

The debate has remained consistent for decades, with supporters saying the possibility for harsh punishments deter crime and that death is an appropriate sentence for the most heinous offences. Opponents focus on wrongful convictions, costs and racial disparities â€” 41% of death row inmates in the U.S. are Black when they make up only 13% of the population.

But the arguments that emerge most prominently vary between states based on history, geography and other dynamics, Dunham said. In the South, the legacy of slavery and segregation prompts opponents to focus on the racially disparate application of the death penalty.

Kent Scheidegger, legal director for the anti-repeal Criminal Justice Legal Foundation, noted public sentiment has ebbed and flowed in recent decades â€” often in line with the rise and fall of crime rates.

"A shift left politically does tend to make a state more likely to repeal capital punishment," he said. "But at the same time, if you go person-by-person, you don't see a perfect alignment between their position on this issue and party."

Lawmakers may have "their fingers in the air" to sense popular opinion, he said, but the political dynamics could easily shift again and make it a liability to support abolishing the death penalty.

Dr. Tyler Parry, a professor of African American studies at the University of Nevada, Las Vegas, said arguments about government having the power to take people's lives may resonate in a western libertarian-leaning state like Nevada more than references to the state's history of segregation and disenfranchisement.

"Any southern state still is very aware of its history," he said. "Places like Nevada or western states in general don't quite have that same attachment to the past. There's an assumption that because the states are newer out here, they don't have as much of a history that's worth knowing."

Nevada also has another factor: the memory of country’s deadliest mass shooting, which occurred in 2017 on the Las Vegas Strip.

Both Sisolak and Clark County District Attorney Steve Wolfson, a fellow Democrat, have referenced the massacre in voicing their support of the death penalty, saying it’s the kind of heinous crime that merits the punishment.

"Just like the majority of Nevadans that consider this issue, it weighs heavily on me, which is why I have a hard time with the idea of a complete abolishment of the death penalty," the governor said.

Nevada’s repeal proposal cleared the Assembly with unanimous support from Democrats and none from Republicans. But Democrats in the Senate â€” including Majority Leader Nicole Cannizzaro and Judiciary Committee Chair Melanie Scheible â€” have not said whether they intend to bring it up for further consideration. When not in the Legislature, both work for Wolfson.

Death penalty repeal bills stalled and weren’t brought up for votes by Democratic legislative leaders in 2017 and 2019.

Despite this year’s party-line vote in the Assembly, five Republicans in the Nevada Senate told The Associated Press they would not have a position until reading the language of the Assembly bill and expected members of their caucus would be divided on it.

"Criminal justice reform across-the-board has been bipartisan in many states â€” in some led by Republicans. This to me is another part of that," said Sen. Scott Hammond, a Las Vegas Republican.

Metz is a corps member for the Associated Press/Report for America Statehouse News Initiative. Report for America is a non-profit national service program that places journalists in local newsrooms to report on undercovered issues.