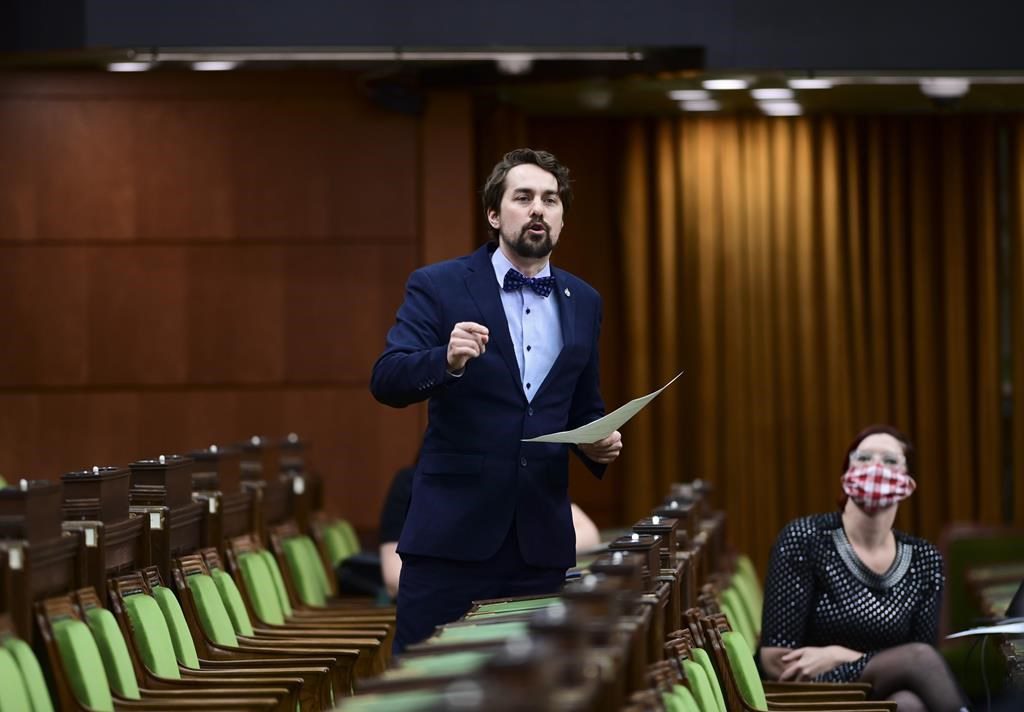 OTTAWA â€” A Bloc QuÃ©bÃ©cois MP apologized Wednesday for taking a screenshot of a Liberal colleague who inadvertently appeared nude during virtual proceedings in the House of Commons last week.

Bloc MP Sebastien Lemire rose on a point of order to apologize for breaching parliamentary rules, which prohibit taking photos or video of proceedings.

He did not specifically name the MP involved â€” Liberal William Amos, a fellow Quebecer who represents the Pontiac riding.

“Today I would like to apologize to the House for breaking the rules by taking a photograph of a colleague during question period on April 14," Lemire said in French.

Lemire said he’s already apologized personally to Amos but added: “I nevertheless want to reiterate it publicly, to him personally, to his family, to colleagues and to anyone I may have offended.”

“I have no idea how that photo made its way into the media,” he added.

But Liberal whip Mark Holland said the apology, while welcome, doesn’t resolve the issue. He said the Bloc is so far refusing to reveal with whom Lemire shared the screenshot, frustrating attempts to find out who leaked it publicly.

“It’s essential we know where Mr. Lemire sent this photo,” Holland said in an interview. “We do not accept that he is not going to say where he sent this.”

“This is an image that has been shared around the world, has become a joke, a punchline in late-night talk shows in other countries.”

The government has asked House of Commons Speaker Anthony Rota to investigate the matter. Asked if Liberals have also asked for a police investigation, Holland said “we’re now reviewing all of our options.”

Rota thanked Lemire for his apology Wednesday. He said he’ll come back to the House later with his findings.

Amos has said he didn’t realize his camera was on when he was changing his clothes after a jog.

The image of a naked Amos was beamed to MPs tuned in to the internal parliamentary feed for that day’s question period, but it could not be seen on the public feed since Amos was not addressing the Commons at the time.

Government House leader Pablo Rodriguez called for the investigation last week, describing the incident as “mean-spirited" and “life-changing” for Amos.

In an interview with The Canadian Press last week, Amos said the incident sends a “terrible signal” about the corrosive nature of politics in Canada and to young people about the propriety of sharing of embarrassing, intimate photos that last forever on the internet.

“No words. Such a disrespectful and cruel action.”

Holland said there was an “incredibly short” period of time between when the photo was taken and when it was publicly disseminated, suggesting only a few people would have been in a position to share it with the media.