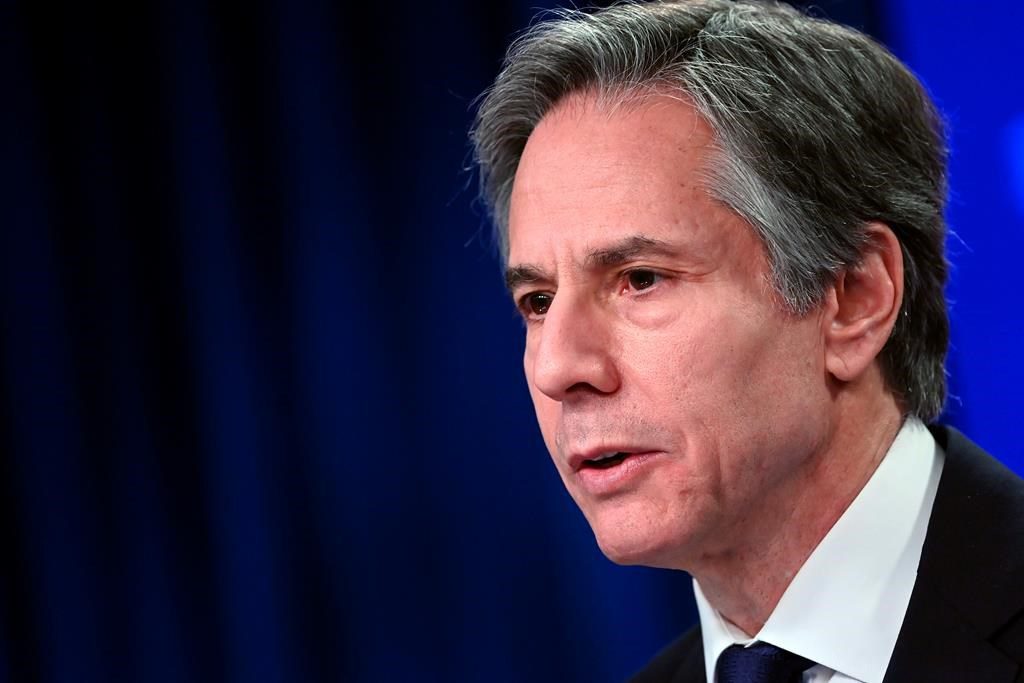 WASHINGTON â€” Secretary of State Antony Blinken is heading to Brussels for talks with European and NATO allies about Afghanistan, Ukraine and other matters.

The State Department says Blinken will have meetings in the Belgian capital on Tuesday and be met there by Defence Secretary Lloyd Austin for additional consultations on Wednesday.

Spokesman Ned Price said Monday that Blinken would use the visit "to reaffirm the U.S. commitment to the Transatlantic alliance as a critical partnership for achieving our mutual goals."

The trip comes ahead of a May 1 deadline set by the Trump administration for the withdrawal of U.S.-led coalition troops from Afghanistan. That deadline is not expected to be met, according to President Joe Biden and other officials as peace talks between the Afghan government and the Taliban remain inconclusive.

The meetings are also taking place amid a buildup of Russian troops along the Russia-Ukraine border that has concerned Western officials as tensions between Ukrainian forces and pro-Russia separatists rise in eastern Ukraine.