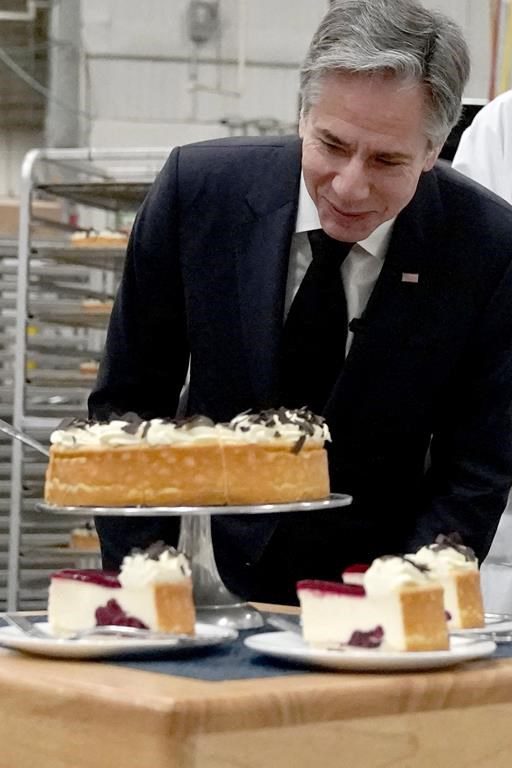 Secretary of State Antony Blinken said Friday that two years into President Joe Biden’s administration, the United States is “in a better place in the world” and better positioned to address global issues including climate change, COVID-19 and dangerous opioids.

Blinken’s comments came during a visit to Chicago this week, which included Friday’s event on the administration’s approach to foreign policy hosted by Democratic political strategist David Axelrod at the University of Chicago.

“Two years in what it’s safe to say, from my perspective at least, is that we’re in a better place in the world than than we were,” Blinken told Axelrod. “The first instruction that I got from President Biden taking the job was get out there, reenergize, rejuvenate, reengage our alliances or partnerships or working in international organizations. And the reason he was so determined that we do that is that if you’re looking around at all of the issues that are actually having an impact on the lives of pretty much everyone in this room.”

“We can’t deal effectively with a single one of these issues unless we’re actually finding ways to cooperate and coordinate and work with other countries,” Blinken added.

Earlier in the day he met with several refugees who work at Eli’s Cheesecake Company, including a couple from Kosovo. He praised the company for decades of partnership with the resettlement agency Refugee One, which helps people find work, schools and other resources after they arrive in the United States.

Blinken also met with leaders of local Ukrainian groups still working to help people who fled to the Chicago-area during the Russian invasion.

Blinken said Americans can’t forget the pain and damage inflicted on the country by Russia. He referenced an art exhibit he visited earlier Friday featuring work by Ukrainian children who fled with their families and said it’s a reminder of what’s at stake.

“What Putin is trying to do with the daily assault is to anesthetize all of us, to normalize this,” he said. “That’s what we really have to avoid. We have to make sure that we collectively continue to make clear that, no, this is not normal. This is not acceptable.”

Axelrod briefly mentioned the recent discovery of classified documents and official records at Biden’s home and former office during the interview but said he wouldn’t ask Blinken about it, “because I know you won’t answer.”

Blinken, who was managing director of the Penn Biden Center for two years, told reporters Tuesday that he was surprised records were found there and that he “had no knowledge of it at the time” but would cooperate with the Justice Department’s review.