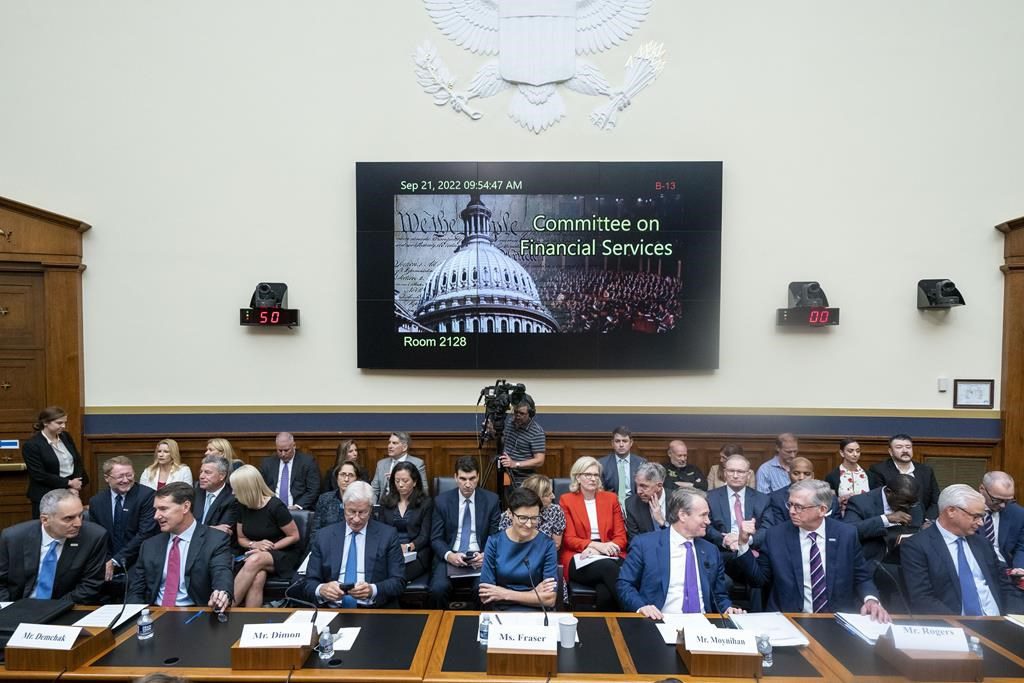 NEW YORK (AP) — The CEOs of the nation’s biggest banks faced a second day of tough questioning from lawmakers on Thursday, as Americans contend with the highest inflation since the early 1980s and a midterm election is only weeks away.

JPMorgan Chase’s Jamie Dimon, Citigroup’s Jane Fraser and other chief executives repeated the message they gave to the House Financial Services Committee on Wednesday: The U.S. consumer is in relatively good shape but faces threats from high inflation and rising interest rates.

Senators’ initial comments reflected the lingering populist anger toward Wall Street more than a decade after the financial crisis as well as the looming election.

“You are among the most powerful actors in our economy,” said Sen. Sherrod Brown, D-Ohio and the chairman of the Senate Banking Committee. “Your entire industry, and its substantial safety net are supported by American taxpayers. It’s past time for the financial industry to be as good to the American people as the country has been to you.”

While billed as a hearing on everyday finances and industry oversight, the CEOs are also getting a hefty dose of election-year politics. Democrats in the House pushed the CEOs on issues like racial equity, the unionization efforts at banks, as well as evergreen financial topics like overdraft fees and fraud.

Republicans were focused on social issues, including banks making the decision to pay for employees’ abortion costs, gun rights and the financing of the oil and gas industry.

“I can’t help but observe that when banks do weigh in on highly charged social and political issues, they seem to always come down on the liberal side,” said Sen. Pat Toomey, R-Pennsylvania, the top Republican on the committee.