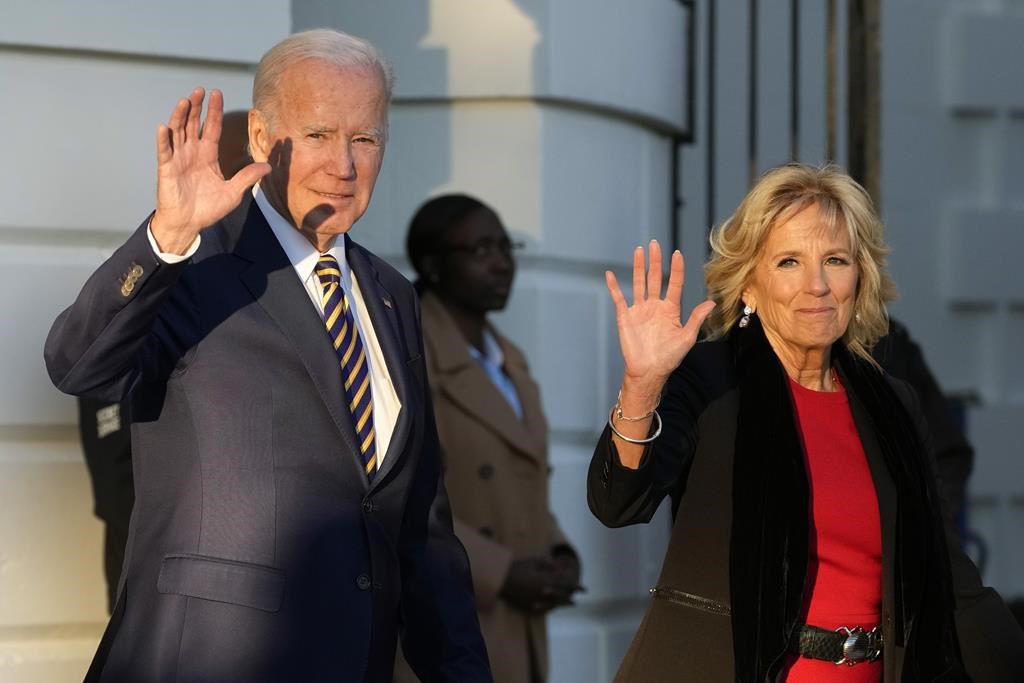 Biden and his family decided together that he should run for president in 2020 and they are expected to launch another round of those conversations on the Massachusetts island this year as the president mulls whether to seek reelection in 2024.

“My intention is that I run again,” the president said after this month’s midterm elections.

Biden and first lady Jill Biden were scheduled to depart Washington on Tuesday evening, with plans to return to the White House on Sunday. They were to spend part of Thanksgiving Day calling members of the military to thank them for serving.

The holiday break follows a hectic couple of weeks for Biden and his family, including midterm elections that saw his Democratic Party defy historical trends and perform better than expected, and an around-the-world trip to Egypt, Cambodia and Indonesia for international forums.

Last weekend, the president and first lady hosted the wedding of granddaughter Naomi Biden on the White House lawn, and the family celebrated Biden’s 80th birthday at Sunday brunch. He’s the oldest president in U.S. history.

Asked whether Biden and his family would discuss whether he should run again, White House press secretary Karine Jean-Pierre on Tuesday declined to comment on the substance of those talks.

“He’s going to have a private conversation with his family,” she said at her press briefing.

Biden and his wife started their annual tradition of spending Thanksgiving on Nantucket before they married in 1977. It was their way out of choosing which side of the family to spend the holiday with. They settled on the quaint Massachusetts island after one of Biden’s aides suggested it.

Last year, the family camped out at a sprawling compound owned by David Rubenstein, a billionaire philanthropist and co-founder of the Carlyle Group private equity firm.