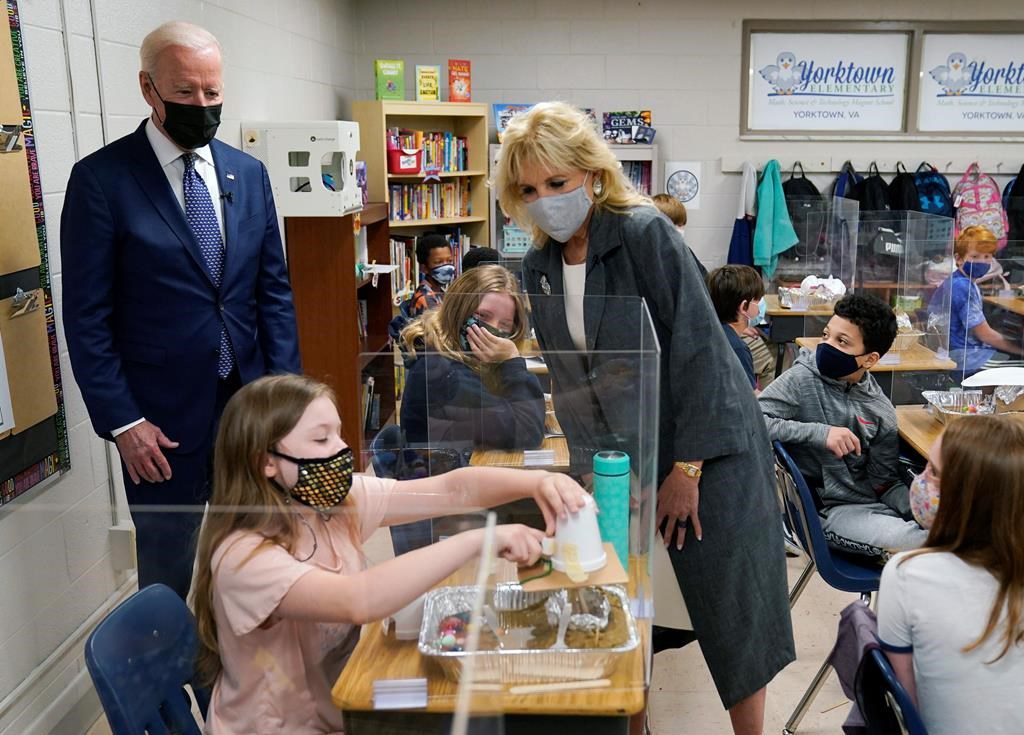 It’s an issue of personal importance to the Bidens. The first lady is an English professor at Northern Virginia Community College in Alexandria.

But there is uncertainty about Biden getting an ambitious set of spending programs through narrow Democratic majorities in Congress. He has proposed a combined $4.1 trillion to be spent on infrastructure, broadband, new school buildings, electric vehicle charging stations, the power grid, child tax credits and child care, among other programs. All of that would be financed by higher taxes on corporations and the wealthy.

The Bidens began their trip by touring a fifth grade class at Yorktown Elementary School.

The president went around asking the students, "What do you want to be when you grow up?"

"A fashion designer," one student responded.

"A chef," another said, to which Biden replied, "holy mackerel, I'll be darned!"

"A hairdresser," one student said. Biden joked: "I could use some, some hair, I mean."

The president then continued: "I tell you what, you guys are really impressive,” and joked with the kids â€” “This is 9th grade, right?"

It was, in fact, fifth grade.