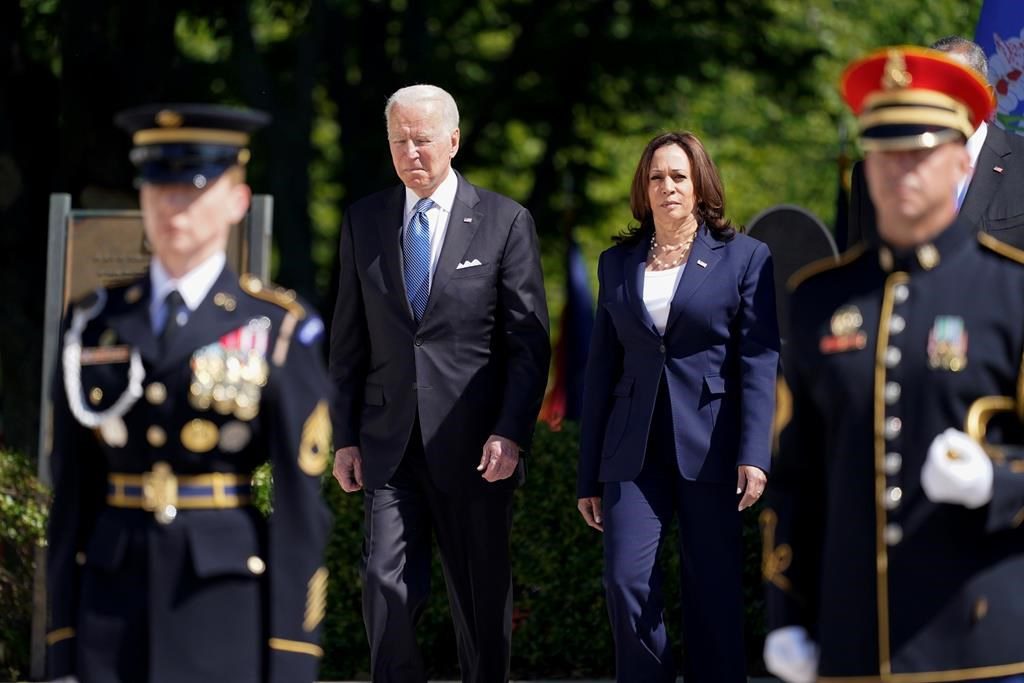 The president was joined on Monday by first lady Jill Biden, Vice President Kamala Harris and second gentleman Doug Emhoff in a somber ceremony at the Virginia cemetery’s Tomb of the Unknown Soldier, which is dedicated to the fallen U.S. service members whose remains have not been identified.

Biden bowed his head and made the sign of the cross while standing in front of the wreath. Harris and Defense Secretary Lloyd Austin stood behind him.

On Sunday, Biden addressed a crowd of Gold Star military families and other veterans in a ceremony at War Memorial Plaza in New Castle, Delaware. Earlier in the day, he and other family members attended a memorial Mass for his son Beau Biden, a veteran who died of brain cancer six years ago to the day.

Last year, Biden, then a presidential candidate, chose Memorial Day to make his first public appearance in the two months after the coronavirus pandemic closed down the nation.