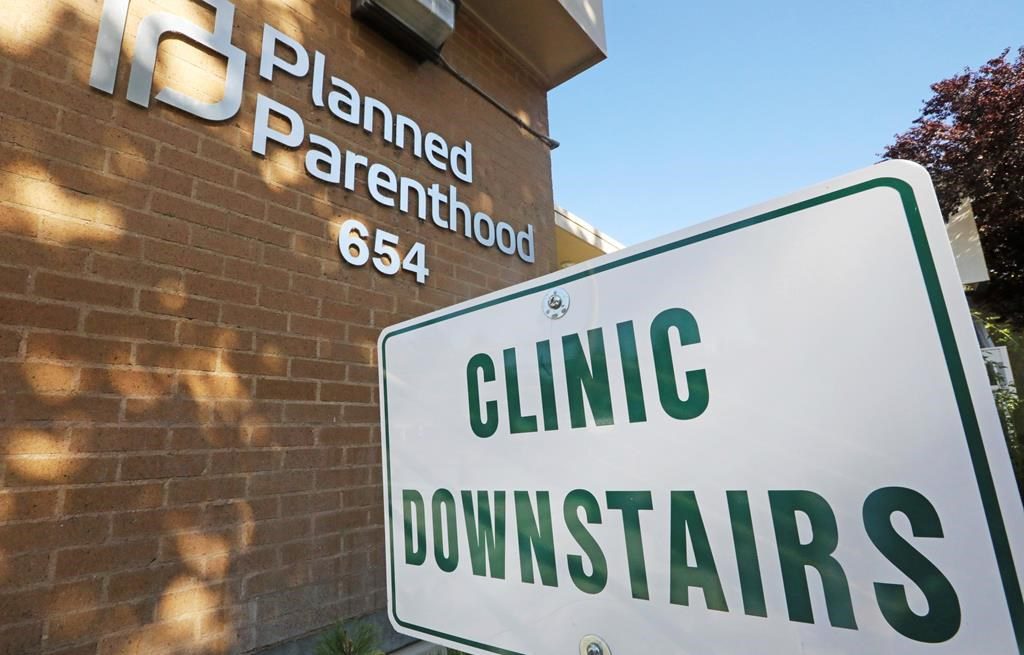 WASHINGTON â€” The Biden administration on Wednesday began to undo a Trump-era ban on clinics referring women for abortions, a policy that drove Planned Parenthood from the federal family planning program and created new complications for women trying to get birth control.

The proposed rule from the Department of Health and Human Services follows through on President Joe Biden’s campaign promise to reverse his predecessor’s family planning policy, which was branded a "gag rule" by women’s groups and decried by medical associations as violating the doctor-patient relationship.

But the Biden administration stopped short of immediately suspending the Trump regulation, which went into effect in 2019. While some abortion rights advocates had sought that additional step, administration officials believe that moving carefully and deliberately will increase the odds of the proposed changes being upheld in court.

Known as Title X, the federal family planning program has been in place for 50 years. It makes available about $286 million annually in grants that support clinics serving mainly low-income women. Those clinics, which provide birth control and basic health care services, have been whipsawed by Trump-era battles over ideology and by the impact of the coronavirus pandemic on health services providers. Before exiting the program in 2019, Planned Parenthood and its affiliates served an estimated 40% of the patients.

Though by law federal family planning money could not be used to pay for abortions, religious conservatives long regarded the program as a form of indirect subsidy to Planned Parenthood, the nation’s largest provider of abortions. Former President Donald Trump counted on religious conservatives as a cornerstone of his political base and acceded to their demands on a range of women’s health issues.

Besides banning abortion referrals, his administration required federally funded clinics to financially and physically separate themselves from facilities that provide abortions. Abortion counselling was designated as an optional instead of a standard practice, and limits were placed on which staff members could discuss abortion with patients, among other requirements. Pregnant women were supposed to be referred for prenatal counselling even if they did not want it.

The Biden administration estimated that as a result of the Trump policy changes, the program serves about 1.5 million fewer women a year, a 37% reduction from the average caseload from 2016-18. HHS also estimated that the Trump policies may have led to up to 180,000 unintended pregnancies.

The department said its proposed rule reversal will restore the program to how it ran under President Barack Obama, when clinics were able to refer women seeking abortions to a provider.

"Ultimately, continued enforcement of the 2019 rule raises the possibility of a two-tiered health care system in which those with insurance and full access to health care receive full medical information and referrals, while low-income populations with fewer opportunities for care are relegated to inferior access," HHS said in a statement. “This situation creates a widespread public health concern."

Planned Parenthood’s president, Alexis McGill Johnson, said her organization could be participating in the program again some time next year, if the Biden rule is finalized as expected. HHS said clinics that left the program will gradually return, and Title X should again be serving about 4 million clients within a couple of years.

McGill Johnson said Biden must not only restore the program, but improve it. "What is most important is a kind of double-down commitment to really ensuring expanded access to care," she said in an interview.

Release of the proposed regulations was the second blow to abortion opponents this week from the administration. On Tuesday, the Food and Drug Administration said women would not be required to visit a doctor’s office to get a prescription for an abortion pill for the duration of the coronavirus pandemic and instead could safely rely on telehealth.

The head of a national group that works to elect candidates opposed to abortion said the administration is rewarding Planned Parenthood for its political support. "Coming on the heels of the Biden FDA's refusal to enforce safety regulations on dangerous abortion drugs, plus Biden's efforts to undermine the Supreme Court, their latest push to bail out the abortion industry proves there is no rule they won't rewrite or simply ignore to get their way,” Marjorie Dannenfelser, president of the Susan B. Anthony List, said in a statement.

But the American Medical Association welcomed the shift, saying the Trump policy "inappropriately interfered with the patient-physician relationship and jeopardized safe access to reproductive care."

The rule reversal on family planning clinics is proceeding alongside litigation over the Trump administration policy, now before the Supreme Court. In that case, the justices agreed to hear a challenge to the rules Biden is now trying to unravel. The Biden administration and medical groups that filed the challenge are asking the court to dismiss the case, but Republican state attorneys general want to proceed. The court has yet to say what it will do.

The 1970 law that created the family planning program stipulated that taxpayer money may not be used "where abortion is a method of family planning."

Abortion rights supporters and opponents have argued for decades about whether counselling a patient about abortion or referring a patient to a different provider for an abortion violates that language. Abortion remains a legal medical procedure, though improved access to birth control in recent years has led to a significant decline.

The Biden administration's rule must go through a notice-and-comment period and additional review before being finalized, which can take several months.