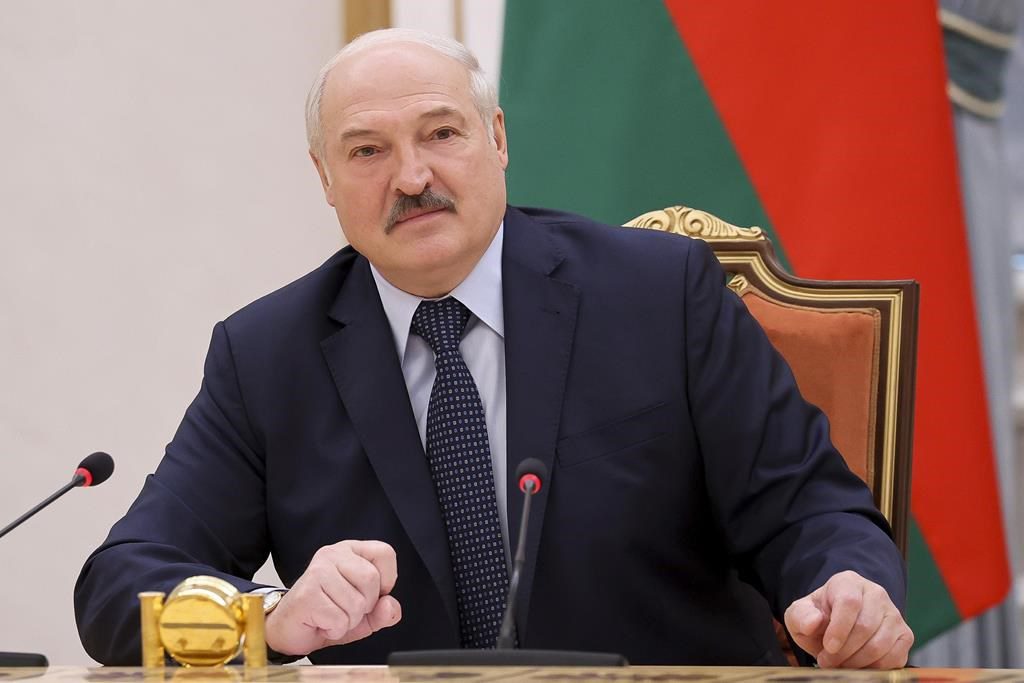 KYIV, Ukraine (AP) — Belarusians distraught by the intensifying crackdown on political opposition in their homeland demonstrated Saturday against the country’s authoritarian president in the capital of neighboring Ukraine.

The protest of about 100 people came a week after Belarus sparked outrage in the West by diverting a commercial airline flight over its territory and arresting a dissident journalist who was on board. Belarus claims the diversion was necessary because of a bomb threat, but Western officials have denounced the move as air piracy.

“A North Korea is being built step by step” in Belarus, protester Syarhey Bulba said in Kyiv on Saturday.

The demonstration also marked the anniversary of the arrest of the husband of Belarus’ exiled opposition leader. Sviatlana Tsikhanouskaya ran against President Alexander Lukashenko in her husband’s place during the country’s August election.

The protesters in Ukraine beat a portrait of Lukashenko with slippers, an echo of the slogan “Smash the cockroach” popularized by Tsikhanouskaya’s husband, Syarhey, a popular blogger and activist who planned to challenge the five-term president but was arrested a police officer was injured in a scuffle at a campaign rally.

Official results of the presidential election gave Lukashenko 80% of the vote and won him a sixth term in office. Protests alleging the election results were manipulated immediately broke out and Tsikhanouskaya fled to Lithuania.

The protests, some of them attracting as many as 200,000 people, continued for months, a significant challenge to Lukashenko. Police cracked down harshly on the protests, arresting more than 30,000 people and beating many of them.

Although the protests died down over the winter, authorities have continued wide-ranging repression of opposition. The Vyasna human rights organization in Belarus said a bicyclist who was arrested at a race that officials deemed an unauthorized gathering has been charged with insulting the president for wearing a T-shirt denouncing dictatorship. The charge carries a possible 2-year prison term.

In the Belarusian capital, Minsk, several dozen people made a small show of defiance Saturday by marching down a main street carrying opposition banners.