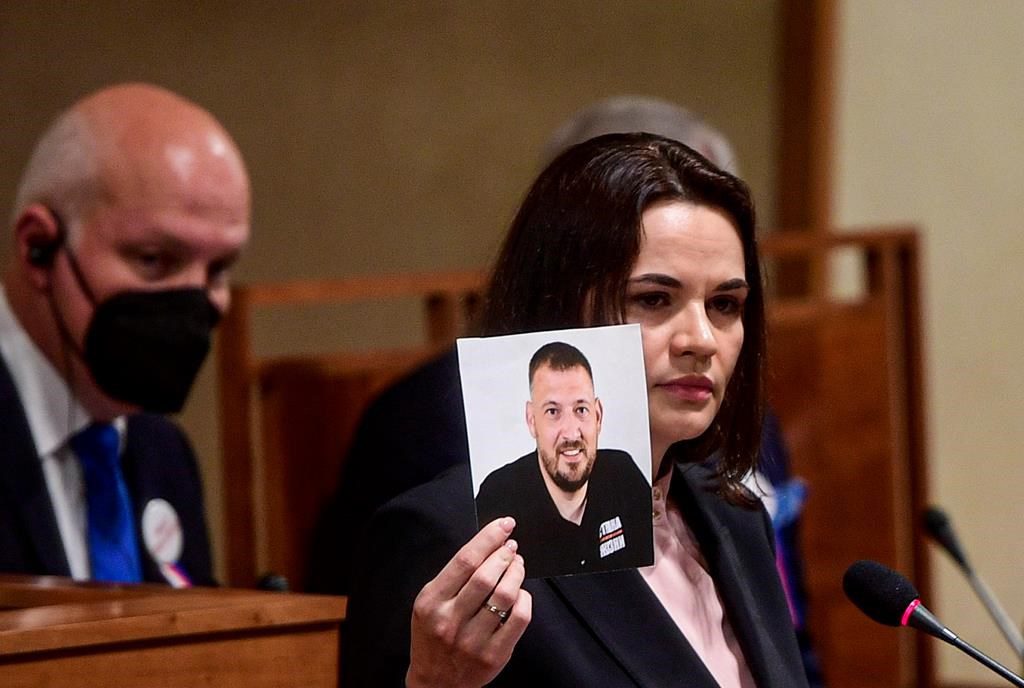 PRAGUE (AP) — A Belarusian opposition leader has called for the creation of an international tribunal to investigate and prosecute crimes reportedly committed by the government and its longtime authoritarian leader, Alexander Lukashenko.

Sviatlana Tsikhanouskaya, the main opposition challenger to Lukashenko in last year’s disputed presidential election in Belarus, spoke to the Czech Parliament’s upper house, the Senate, in Prague, on Wednesday.

“We cannot allow dictators to write history,” she said, also asking the Czech Republic to organize an international conference to deal with the current situation in her country.

Lukashenko has faced months of protests fueled by his reelection to a sixth term in a vote last August that was widely seen as rigged. The Belarusian authorities have responded to demonstrations with a fierce crackdown that saw more than 35,000 people arrested and thousands beaten by police.

Tsikhanouskaya called the crackdown “a terror that our country as not experienced since the time of Stalinism.”

“The only solution to the crisis in Belarus can be free elections,” she said.

Tsikhanouskaya also called on European countries to impose more sanctions against the Belarusian government in Minsk, halt trade with Berarusian oil products and fertilizers and not to cooperate with the country’s state institutions and banks.

Belarus’ international isolation has only deepened since May 23, when Belarusian flight controllers told the crew of a Ryanair jet of an alleged bomb threat. They instructed them to land in Minsk, where journalist Raman Pratasevich was pulled off the plane by authorities and arrested.

“The terrorist nature of Lukashenko’s dictatorship now becomes evident to the whole world,” said Tsikhanouskaya, who received a standing ovation in the Senate.

Tsikhanouskaya was in Prague at the invitation of Senate speaker Milos Vystrcil. She is also met with President Milos Zeman and Prime Minister Andrej Babis.