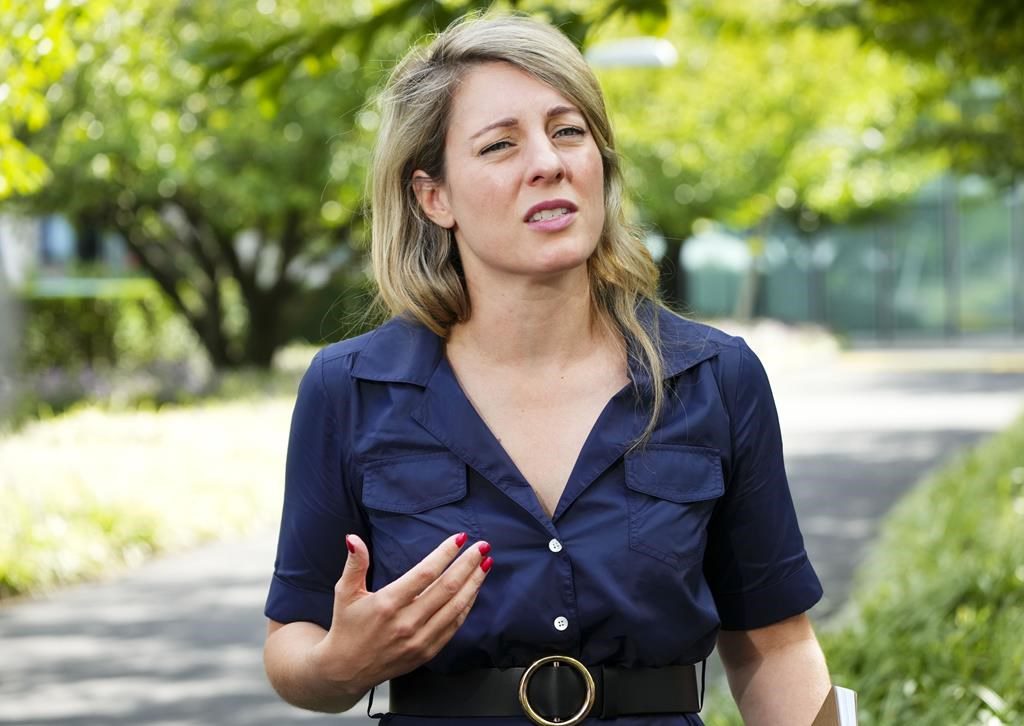 OTTAWA — Foreign Affairs Minister Mélanie Joly says she does not support following European countries in barring Russians from getting visas, since many are likely to flee their country.

Joly says Russian President Vladimir Putin’s move to recruit more troops for his war in Ukraine shows the regime’s desperation, which she says is putting Russians at risk.

She also said Canada is working with allies to see whether international tribunals can prosecute Russia for illegally invading Ukraine.

She says right now her top concern is Russia’s plan to hold votes in parts of Ukraine it has occupied, likely in an effort to have them join Russia.

Joly said these are “sham referendums,” which Russia could use as a premise to claim that Ukraine was the aggressor.

She also says Canada will soon ramp up its sanctions against Russia, and that she will make a national address on Monday about Canada’s support for Ukraine.