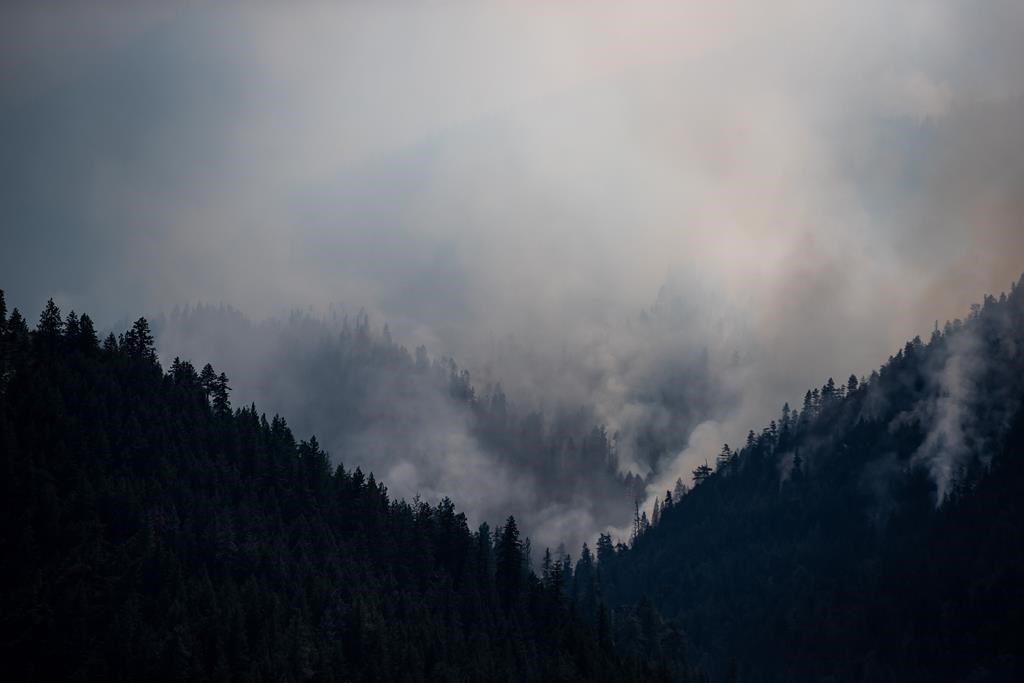 VICTORIA — British Columbia is reporting a slight increase in the number of active wildfires but cooler temperatures and forecasts of rain could bring some relief.

B.C.’s joint information centre reports 247 wildfires burning across the province, with the majority of the fires located in the Kamloops and southeast regions.

Metro Vancouver says it has lifted its air quality advisory for much of the city and the Fraser Valley due to changing weather patterns.

The joint information centre says there have been 1,275 wildfires since April 1 and 5016.76 square kilometres have been burned.

This report by The Canadian Press was first published Aug. 1, 2021.