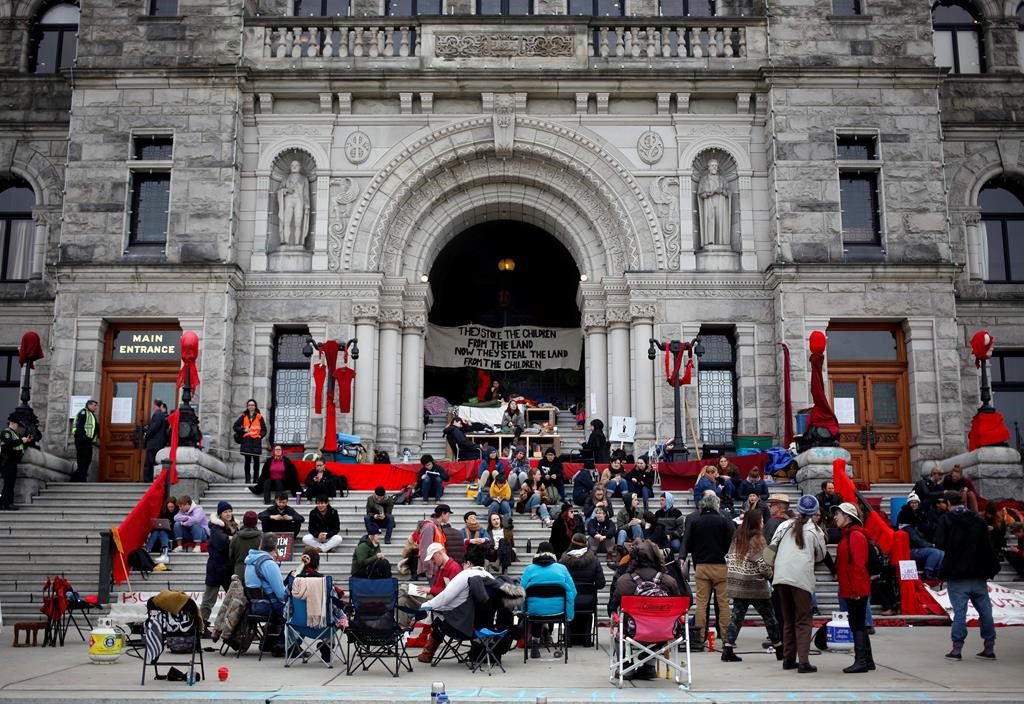 VANCOUVER â€” The British Columbia Supreme Court has rejected a bid to quash the extension of the environmental assessment certificate for the natural gas pipeline at the centre of countrywide protests in February last year.

The Office of the Wet’suwet’en, a society governed by several hereditary chiefs, asked the court to send the certificate for the Coastal GasLink pipeline back to B.C.’s Environmental Assessment Office for further review.

Their lawyers argued in part that the office did not meaningfully address the findings of the 2019 report from the National Inquiry into Missing and Murdered Indigenous Women and Girls when it approved the extension.

They said Coastal GasLink’s plan to mitigate potential socio-economic effects of the pipeline project did not address harms identified by the inquiry, which heard evidence linking the influx of temporary labourers for such projects with escalating gender-based violence.

Justice Barbara Norell disagreed, saying it’s clear from an evaluation report that the assessment office did consider the national inquiry’s report, and requested the company consider how such harms would be addressed.

She says in a decision released last week the assessment office also asked Coastal GasLink to consider how Indigenous nations would be engaged in identifying and monitoring potential social impacts of the pipeline project.

“These comments do not indicate a failure or refusal of the (assessment office) to consider the inquiry report, but the opposite,” she says.

Opposition last year by Wet’suwet’en hereditary chiefs over the pipeline being built in their territory in northwestern B.C. set off Canada-wide rail blockades by their supporters that stalled parts of the country’s economy.

The chiefs’ lawyers argued Coastal GasLink’s zero-tolerance policies for harassment and the possession of firearms, drugs and alcohol are focused on work camps, while the harms outlined by inquiry were not so limited.

Norell found the chiefs’ argument “leads to the conclusion that nothing short of a gender-based impact assessment conducted by the (Environmental Assessment Office) … would be reasonable.”

But to establish that a decision was unreasonable, the petitioner must do more than allege a better analysis could have been undertaken, Norell says.

“I want to emphasize that this decision should not be taken as in any way diminishing the importance of the inquiry report,” Norell adds.

The executive director of B.C.’s Environmental Assessment Office granted Coastal GasLink an extension in October 2019, nearly five years after a certificate was first issued for the 670-kilometre natural gas pipeline.

Lawyers for the Office of the Wet’suwet’en argued the office’s records of the decision to extend the certificate also failed to address what they claimed was a track record of non-compliance by the company.

Norell disagreed, saying the office’s evaluation report addressed both the frequency and nature of instances of non-compliance, and the company had either rectified or was in the process of rectifying those issues.