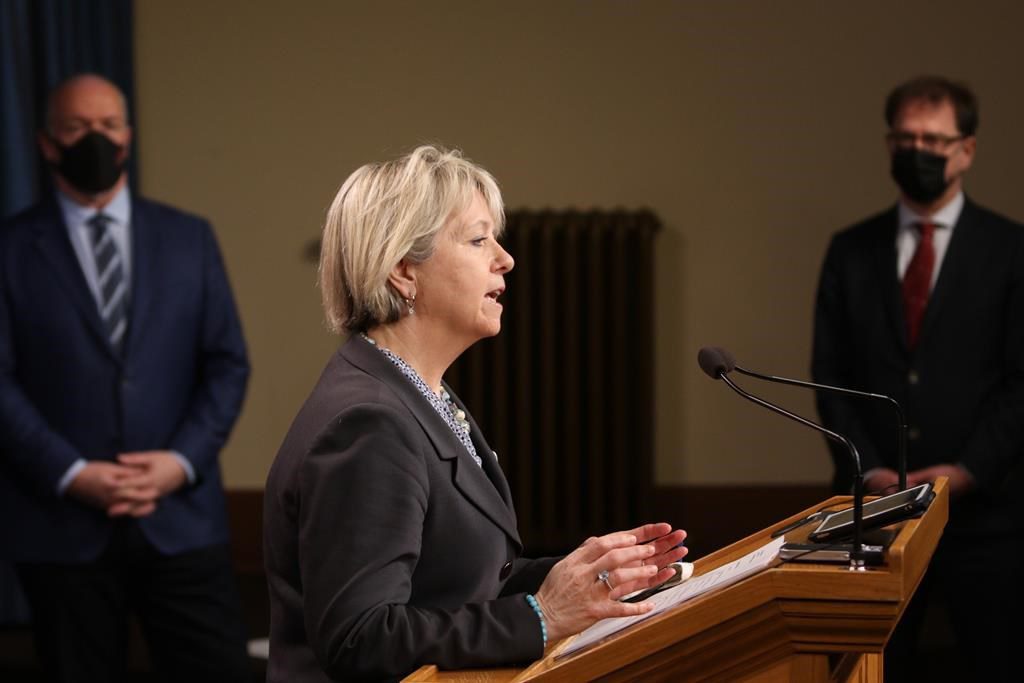 VICTORIA â€” British Columbia has confirmed that COVID-19 was a factor in the death of an infant from the Interior Health region, the province’s top doctor says.

The baby was being treated in hospital in January and the BC Coroners Service has since determined COVID-19 was a factor in the death, provincial health officer Dr. Bonnie Henry told a news briefing on Monday.

Henry reported the baby’s death while addressing concerns raised in Ontario that more people are dying at home after contracting COVID-19.

The coroners’ service in B.C. has a process in place to investigate whether the illness was a factor in any sudden and unexpected deaths, she said.

The service has investigated several hundred of those deaths since last March and a “very small” number have been linked to COVID-19, she said.

One of the deaths was the infant, now the youngest person to die from COVID-19 in the province, Henry said.

Health officials have been working with the coroners’ service as COVID-19 cases rose in recent weeks and they have not seen an increase in sudden deaths that should be investigated as possibly linked to the illness, she said.

“So far we’re not seeing that happen here, but we will continue to pay attention,” Henry said, urging people to seek medical care if they need it.

Seventeen more people died from COVID-19 in B.C. since Friday, pushing the death toll to 1,571, she said.

B.C. has detected 2,491 new cases of COVID-19 over a three-day period and 484 people are in hospital with the illness, including 158 in intensive care.

Just shy of 8,200 cases are active in B.C. and more than 12,000 people are under public health monitoring after exposure to confirmed cases.

The number of contacts that each person has while infectious has come down since B.C. tightened health restrictions, but the circulation of more transmissible variants continues to elevate the risk, Henry said.

“Before, if somebody got sick from a contact they had at work and came home to their family, there might have been one or two other people in the family that caught it. But now we’re seeing everybody get it,” she said.

“We are still seeing that transmission is primarily related to social connections in people’s homes, where they have groups of people, when they’re meeting with groups of people indoors,” she said.

More than 1.6 million doses of vaccine have been administered in the province so far, including just over 89,000 second doses.

â€” By Brenna Owen in Vancouver