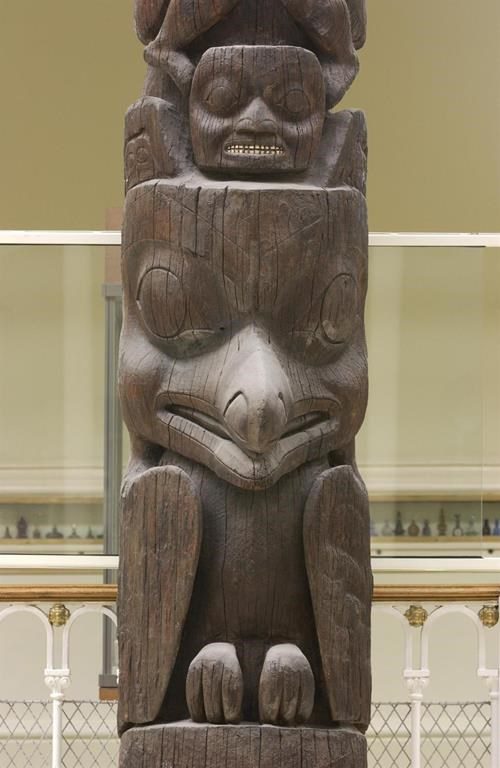 VICTORIA — The National Museum of Scotland says it will return a memorial totem pole taken nearly a century ago from the Nisga’a Nation in British Columbia.

The museum says its board of trustees approved the First Nation’s request to transfer the pole back to its home in northwest B.C.

A delegation of Nisga’a leaders travelled to Edinburgh last August to request the transfer of the 11-metre pole back to their territory.

Nisga’a Nation Chief Earl Stephens says in a statement their people believe the pole, which was hand-carved in the mid-1800s, is alive with the spirit of an ancestor and it’s now coming home to rest.

Stephens says the memorial pole was taken without consent in 1929 by a person researching Nisga’a village life, who then sold it to the Scottish museum where it has been on display since 1930.

Chris Breward, the director of National Museums Scotland, says in a statement the institution is pleased to reach an agreement allowing the pole to be transferred to its people and the place where its spiritual significance is most keenly understood.

This report by The Canadian Press was first published Dec. 1, 2022.