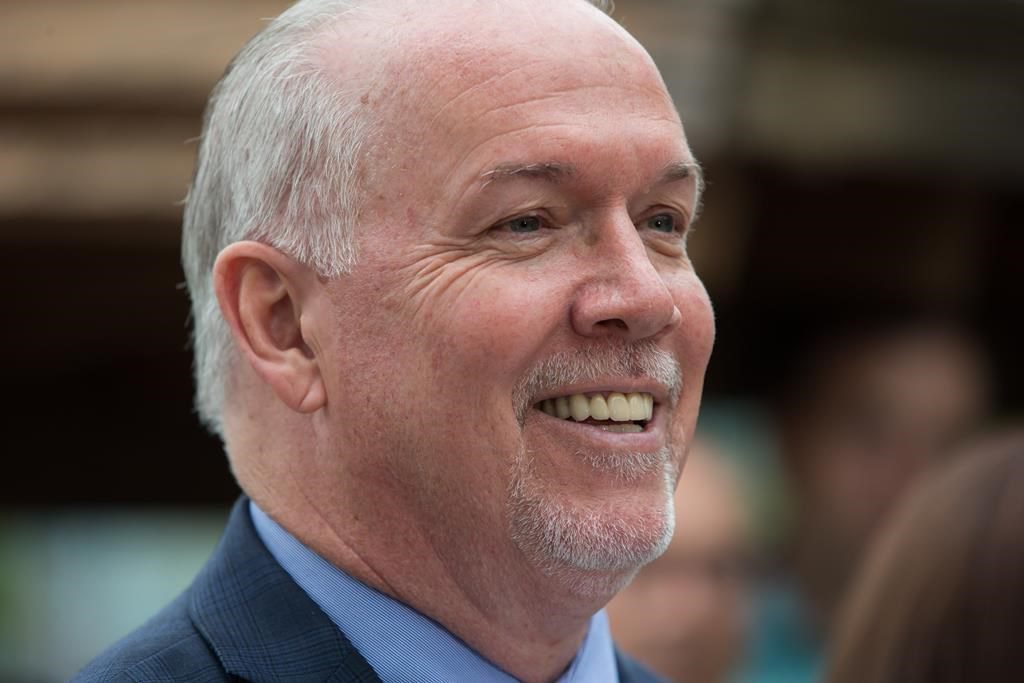 VANCOUVER â€” British Columbia is well positioned for the widespread expansion of its goal of achieving child care for $10 a day thanks to federal commitments announced last week, a longtime advocate for the program says.

Sharon Gregson, B.C.’s spokeswoman for the $10aDay Child Care Campaign, said the legwork the province has done testing low-cost daycare models puts it in a better position than most other provinces, even if its own budget falls short of what’s needed.

The province should be able to sign agreements to get the new federal dollars flowing quickly to create more sites, including new licensed places in public buildings and develop a provincial wage grid for early childhood educators. It will just depend on the political will, she said.

“We’ve got our sights set high,” said Gregson, who also works with the Coalition for Child Care Advocates of B.C. and is a board member of the national Child Care Now advocacy group.

“With the amount of money, the federal government has put on the table, it’s very possible for the province to deliver on that.”

Funding for universal child care was a centrepiece of the federal budget, although details of how the funds will be distributed have yet to be released.

The budget outlined $27.2 billion over five years, starting this fiscal year, in new spending that the Liberals want to send to provinces to subsidize daycares. The pledge is contingent on provinces meeting required targets on affordability, quality of care and training of early childhood educators.

While the federal budget is promising, the B.C. budget was disappointing for Gregson and others.

During the fall election campaign, the NDP promised $1.25 billion in new operating funding for child care over the next two years, but the budget announced last week allocated only $233 million over three years.

Paul Kershaw, an associate professor at the University of British Columbia’s school of population and public health, said the NDP has improved child care substantially relative to the previous B.C. Liberal government, but the budget suggests the province does not plan to be as active as it promised in the election.

“It is not enough for the province to simply bank on the big child care announcement made in the federal budget,” Kershaw said in a statement.

The budget also does not list child care space construction as a priority alongside other capital projects, he said.

“Now that the federal government is finally in the game, there’s so much more opportunity to continue to deliver and drive child care investments here in British Columbia,” she said while speaking to reporters on budget day.

The pandemic has shown the vital role of child care and the sector will help the economic recovery, she said.

“The events of this past year have shown how child care supports families by enabling parents, especially women, to go back to work. It supports business owners and helps build strong local economies that benefit everyone.”

Katrina Chen, minister of state for child care, said in a statement that her staff have already been in contact with their federal counterparts to talk about improving access for families.

B.C.’s investments to date put it in a great position to expand further with federal support, she said.

British Columbia isn’t the only province with a head start on implementation.

Prince Edward Island has been building an early learning and child care system, while Manitoba has worked to improve wages and fees, Gregson said.

“Each province is in a fairly different place,” Gregson said, and many provinces have insisted the federal government avoid taking a cookie-cutter approach.

“But I think what they fail to understand is that there are far more similarities in child care than there are differences between the provinces.”

All provinces need more licensed spaces in the not-for-profit and public sector. They also need to improve wages and training, boost support for Indigenous-led care, and improve overall affordability for families, Gregson said.

From Gregson’s perspective, the biggest barrier to a swift transition is political will. The Royal Commission on the Status of Women first recommended a national daycare system in 1970, she said.

Gregson began advocating for universal child care in 1987, when she was a single mother trying to find space for her two young children so she could go to university. She helped launch the $10-a-day campaign in 2011.

Now, she says she’s doing the work for her one-year-old grandson.

“I’ve been doing this for a long time along with many colleagues,” she said.

“I think the difference is that, compared to when I started, there is now widespread understanding and agreement that public investment in child care is a good thing.”