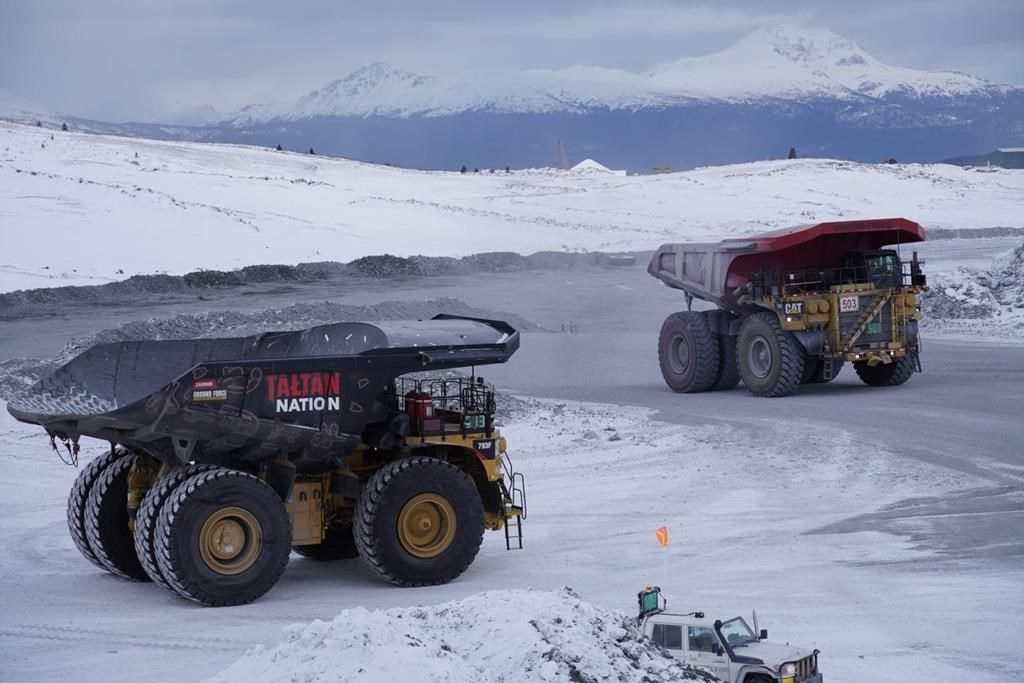 VANCOUVER â€” A mineral exploration company with provincial permits to work in Tahltan territory in northwestern British Columbia is treading on sacred grounds, an elected leader in the nation’s government says.

There’s “no way” the Tahltan would ever support a mine there, he said.

“The Sheslay area was a major village site in pre-contact times and even nowadays we have many elders who were born in the Sheslay area. Many of our ancestors are buried out there,” Day said in an interview.

“British Columbia, Doubleview, we should all just save ourselves a lot of time, energy and conflict and get Doubleview out of there,” he said.

Doubleview has 10 mineral tenures covering about 63 square kilometres where “an aggressive 2021 exploration program is being planned,” the company said in an update posted online in February.

It said it expected to give shareholders a more complete assessment of the deposit’s value after verifying the results of metallurgical sample analysis.

The Tahltan Central Government accuses Doubleview of failing to act in a manner consistent with both Tahltan protocols for the mining sector and with the United Nations Declaration on the Rights of Indigenous Peoples.

The Tahltan made “many reasonable attempts to work with Doubleview in a respectful manner,” the central government said in a statement in March.

But the company has a “track record of being disrespectful … including unsuccessfully taking legal action against Tahltan leaders and elders in 2015,” it said.

Doubleview “regrets the poor relationship that we have established” with the Tahltan, lead director Andrew Rees said in an email when asked about the conflict, and the company offered an apology letter after the nation’s public statement.

“Doubleview strives to be a responsible steward of the areas in which we live and operate, and continues to seek a positive, collaborative, productive, and mutually beneficial relationship with the Tahltan Central Government.”

The Mines Ministry said Doubleview was first granted a multi-year permit in 2012 in a process that included consultation with the Tahltan Nation.

Laws and legal precedents concerning Indigenous rights and title have changed since then, said Day.

The B.C. government is now in the early stages of aligning its laws with the UN declaration after adopting it through legislation.

It requires governments to obtain free, prior and informed consent before taking actions that affect Indigenous Peoples and territories â€” which would include decisions on proposed mines and future exploration work permits.

The statutory adoption of the UN declaration means industry and the B.C. government must start building “processes that seek a genuine consent from Indigenous governments, communities and people,” Day said.

“And there’s a huge difference between having a conversation and calling it consultation versus having a robust consultation process that is aiming to get consent from Indigenous people.”

The Tahltan Nation has “excellent relationships” with the majority of mining and mineral exploration companies operating in its territory, Day noted.

There are three active mines â€” Red Chris, Silvertip and Brucejack â€” and the nation has impact benefit agreements with each of the companies.

“When you have Tahltan title and rights over 11 per cent of the province and you have jurisdiction over an area the size of Portugal, you don’t need to be supportive of projects that are in really culturally sensitive areas,” Day said.

The Tahltan has communication agreements with more than two dozen mining and mineral exploration companies allowing it to check in on their work as necessary, he said.

Day said Doubleview had refused to sign, though Rees said the company is now waiting to hear back from the nation after sending a written response about a communications and engagement agreement.

“We acknowledge that it has taken us much longer to do so than we would have liked and attribute the delay to internal miscommunication and lack of expert resources,” the Doubleview statement said.

“Our utmost priority right now remains getting back to the table … and doing so in a respectful and collaborative manner so that we can continue understanding Tahltan Nation’s ongoing concerns, which will allow us to collaboratively develop appropriate mitigation measures.”

Day, however, said the company has “chosen a path of conflict” with the Tahltan and he would oppose any further permits.