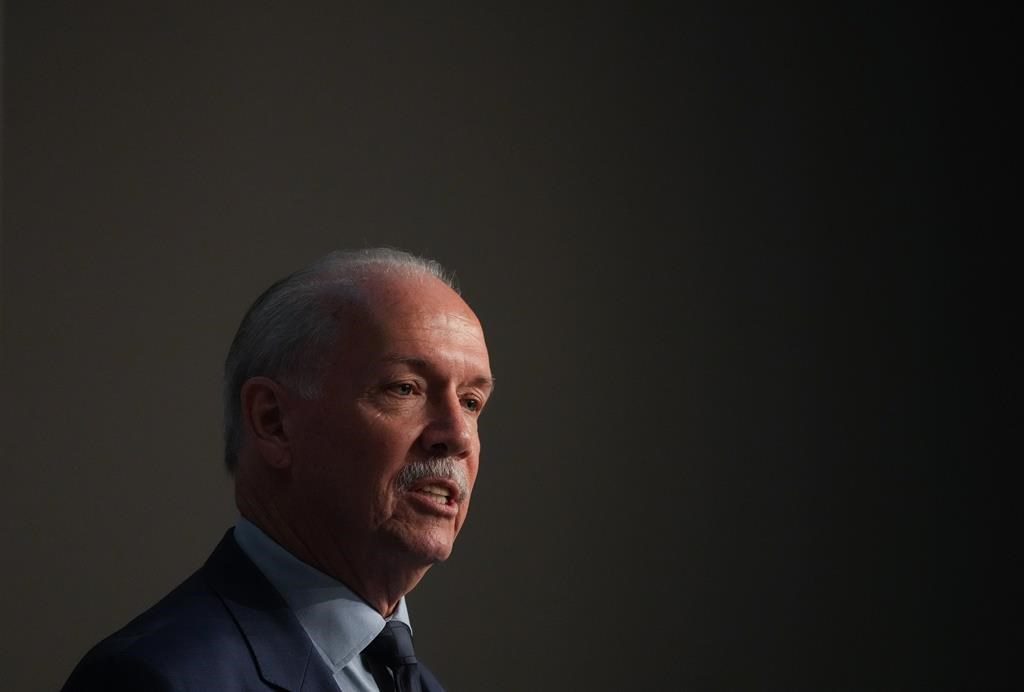 VANCOUVER — An organization of British Columbia Indigenous leaders is thanking the outgoing premier for his work on passing legislation affirming Indigenous rights and is calling on John Horgan’s successor to continue efforts toward reconciliation.

The statement from the Union of British Columbia Indian Chiefs comes as Horgan marks his final full day as premier before premier-designate David Eby is sworn in Friday.

Union president Grand Chief Stewart Phillip says passage of the B.C. Declaration on the Rights of Indigenous Peoples Act in 2019 would not have been possible without Horgan’s leadership.

Phillip says he and other Indigenous leaders “enjoyed and fully supported” Horgan as premier and “appreciated his ability to bring people together” and connect with First Nations.

The statement says despite a lack of agreement on some issues, such as expansion of liquefied natural gas and conservation of old growth timber, the union “remains proud of the joint work” that was accomplished.

Horgan was first elected to the legislature in 2005, was acclaimed leader of the B.C. New Democrats in 2014, became premier in 2017 and won re-election in 2020. He successfully battled a second cancer diagnosis the following year and announced in June that he would step down as premier and leader, but would stay on as the representative for Langford-Juan de Fuca.