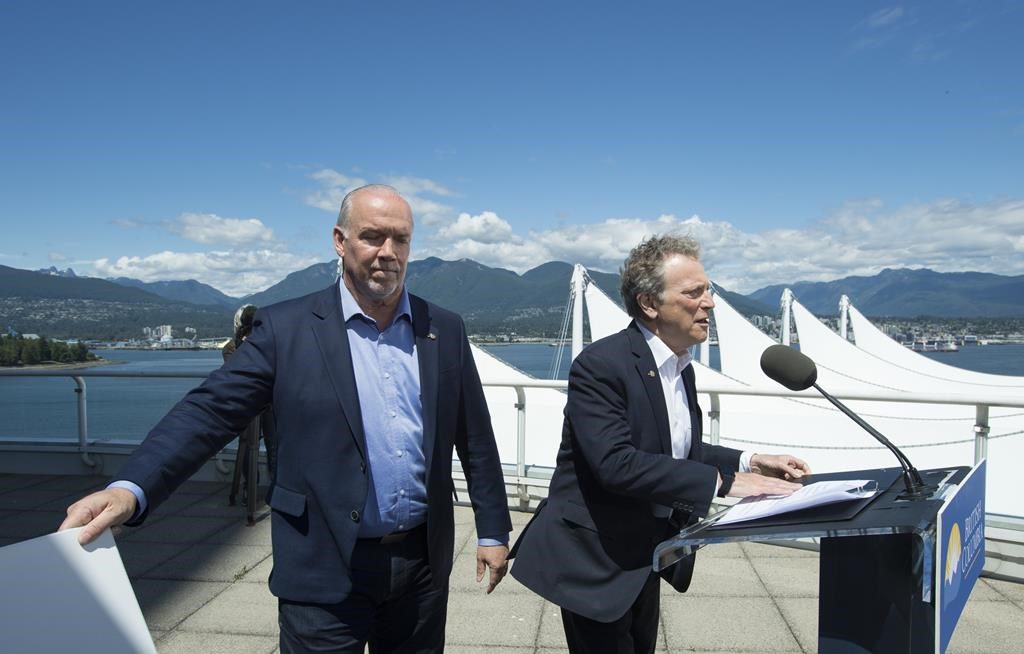 Four projects will share the funding to clean up 1,200 kilometres of coastline and more than 100 derelict vessels.

The cleanup projects are being done by the Small Ship Tour Operators Association, the Wilderness Tourism Association, Coastal Restoration Society, Ocean Legacy Foundation and the Songhees Development Corp. â€” with each receiving between $1.5 million and $3.5 million.

Heyman told a news conference the project will reduce pollution while creating jobs, and support local communities and Indigenous nations.

The Clean Coast, Clean Waters Initiative was created after the government heard through consultation with local governments and individuals in 2019 about concerns over abandoned vessels, mooring buoys, polystyrene foam, aquaculture debris and single-use plastics.

Heyman says the program is part of both the CleanBC Plastics Action Plan and the $10-billion COVID-19 response and economic recovery plan.

He says B.C. has communicated with the federal government, which has also committed funding to support the cleanup of abandoned boats, to ensure there isn’t any overlap or inefficiencies.

"The scale of the problem is massive, and we need to do much more to address ocean debris and its devastating impacts on marine life and food sources," Heyman said in a statement.