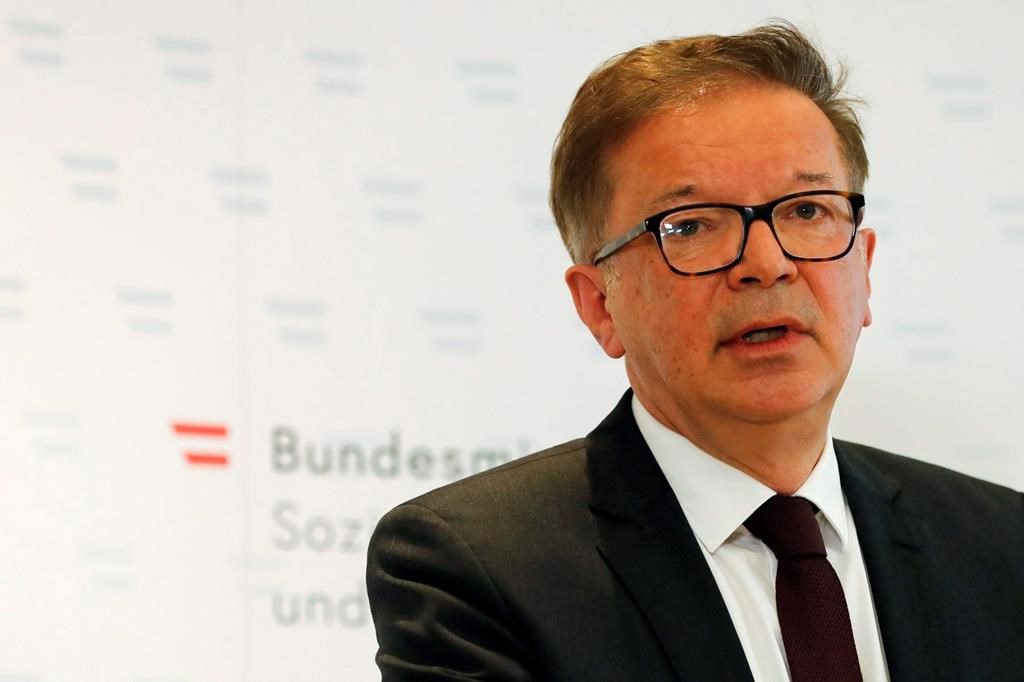 Rudolf Anschober, 60, had been health minister since January 2020, when his Green party became the junior partner in a governing coalition under conservative Chancellor Sebastian Kurz.

The soft-spoken minister has been one of the main faces of Austria’s coronavirus response, which has gathered mixed reviews. Wolfgang Mueckstein, a Vienna-based doctor, was named as Anschober's successor.

Anschober, who suffered a burnout nine years ago, said he had experienced two episodes of sudden fatigue in the past month, as well as high blood pressure and tinnitus.

"My impression is that it isn't 15 months, more like 15 years," he said of his time in office.

Anschober said he had "clearly overworked" and hadn’t felt "completely fit" for several weeks. His condition was not burnout, he added, but doctors advised him to take a break.

"In the most serious health crisis for decades, the republic needs a health minister who is 100% fit," Anschober said. "I am not at the moment, and I won’t be in the coming weeks if I don’t pull the emergency brake."

"This pandemic takes no breaks, and so a health minister can’t take a break either," he said.

Austria was one of the first countries in Western Europe to mandate the use of masks last year, and the government was able to ease its first lockdown quickly.

Like several other European countries, it has struggled since the fall to find a balance between allowing and restricting activities. Austria bet heavily on opening up some sectors for people with negative tests, but hasn’t been able to break a succession of lockdowns and currently has an infection rate significantly higher than neighbouring Germany’s.

"On the whole, I think we have done good work," Anschober said. "In a pandemic, no one is free of mistakes. Everyone makes mistakes…. We were in uncharted territory."

Kurz thanked Anschober and wished him a quick recovery.

"His resignation shows that the pandemic is a strain not just for every single member of the population but also for someone who bears political responsibility, who is on the job day and night and has to make decisions," the chancellor wrote on Twitter.