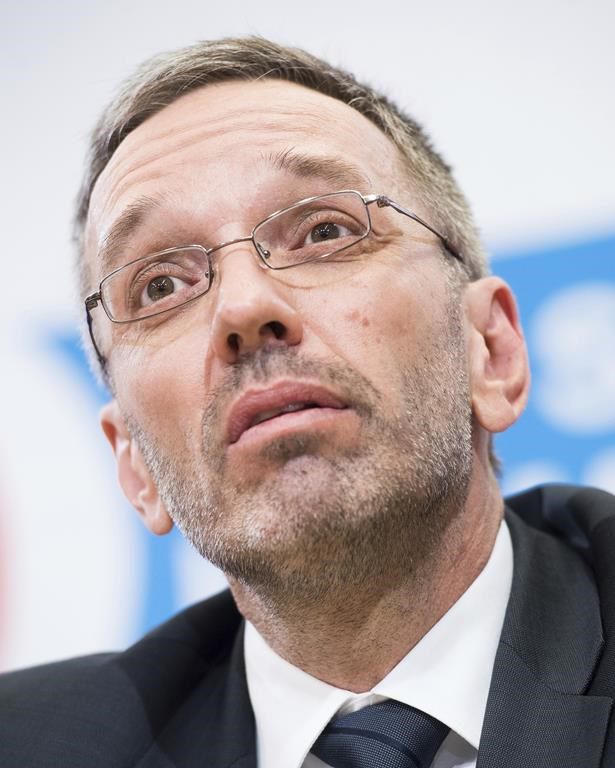 The opposition party’s leadership chose Kickl for the top job, the Austria Press Agency reported. The move will need endorsement by a party congress on June 19.

Kickl, 52, will be the second Freedom Party leader since the resignation in 2019 of Heinz-Christian Strache, who was then Austria’s vice chancellor.

Strache led the party for 14 years until his downfall over a video showing him offering favors to a purported Russian investor, which triggered the collapse of conservative Chancellor Sebastian Kurz’s government. Kurz returned to power last year in a new coalition with the Greens.

Strache’s successor, Norbert Hofer, announced last week that he was stepping down. That raised the possibility of Hofer making a second run for the country’s largely ceremonial presidency next year, though he hasn’t publicly confirmed such plans.

Kickl, a longtime campaign mastermind of the anti-immigration Freedom Party, was a divisive figure in government — drawing criticism over matters including a raid on Austria’s BVT spy agency which opposition parties claimed was an attempt by the government to purge domestic political enemies.

He also has been confrontational in opposition as the head of the party’s parliamentary group since 2019, most recently positioning himself as a critic of coronavirus restrictions.