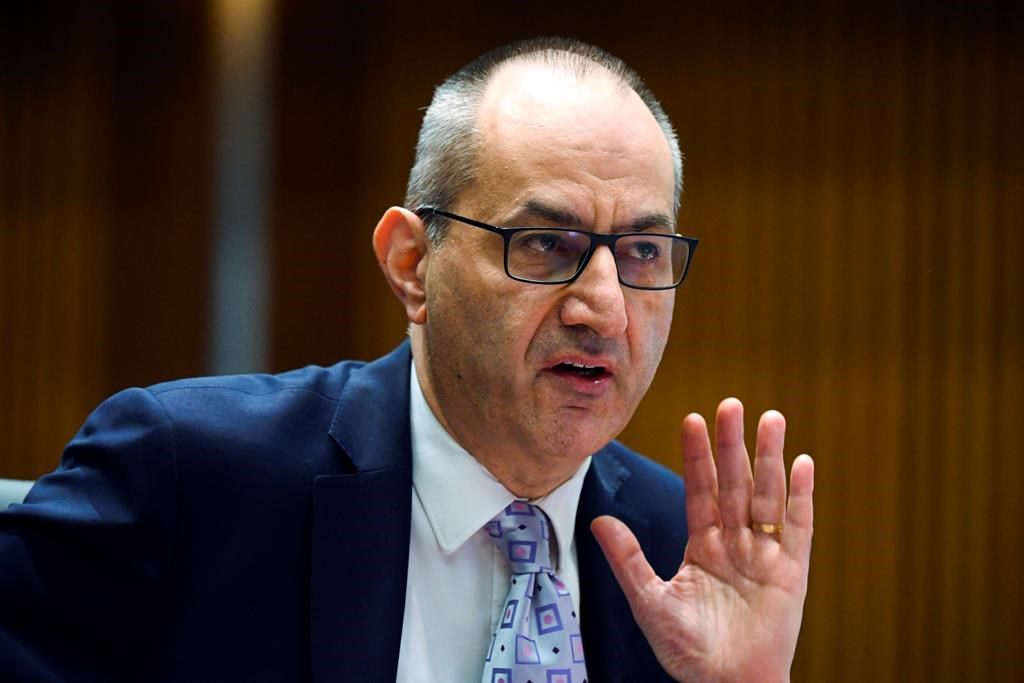 Department of Home Affairs Secretary Mike Pezzullo's message to all department staff on Australia's veterans' day on Sunday, known as Anzac Day, was published in The Australian newspaper on Tuesday.

"In a world of perpetual tension and dread, the drums of war beat sometimes faintly and distantly, and at other times more loudly and ever closer," Pezzullo said.

"Today, as free nations again hear the beating drums and watch worryingly the militarisation of issues that we had, until recent years, thought unlikely to be catalysts for war, let us continue to search unceasingly for the chance for peace while bracing again, yet again, for the curse of war," he added.

Home Affairs Minister Karen Andrews said she had approved of the wording of Pezzullo's message.

"He is absolutely at liberty to prepare such a speech, a document, and to have that published," Andrews said. "The overarching message from government is that we need to be alert but not alarmed."

"I'm not sure our senior public servants should be using that language because I'm not sure what that actually helps except to cause more anxiety," Shorten said.

Prime Minister Scott Morrison did not directly answer when asked at a news conference whether he agreed with Pezzullo that the drums of war were beating.

"My goal as prime minister … is to pursue peace," Morrison said. "That's what we're doing. We're pursuing peace for a free and open Indo-Pacific."

Morison said his government had increased defence spending to "ensure that Australia's national interests can always be protected."

Defence Minister Peter Dutton raised the prospect of conflict between China and Taiwan in his own comments on Anzac Day.

"Nobody wants to see conflict between China and Taiwan or anywhere else in the world," Dutton said. "I don't think it should be discounted."

In response to Dutton’s remarks, Chinese Foreign Ministry spokesman Wang Wenbin said on Monday that Taiwan was part of Chinese internal affairs that do not tolerate external interference.

"It’s hoped that the Australian side will fully recognize that the Taiwan question is highly sensitive, abide by the one-China principle, be prudent in its words and deeds, avoid sending any wrong signals to the Taiwan independence separatist forces and act in ways beneficial to peace and stability," Wang said.

Western Australia state Premier Mark McGowan â€” the Labor government leader of the state that exports Australia’s most lucrative export, iron ore, to China â€” called on the federal government to "tone down" its language on military tensions.

"I just urge the Commonwealth (government) and people in this position, elected and otherwise, to tone it down. Tone it down," McGowan told reporters, referring to Pezzullo’s "drums of war" reference.

"What good does that do, saying things like that? It's totally unnecessary," McGowan said, adding that diplomacy should be conducted "diplomatically."

"Let us remember the warnings of two American generals who had known war waged totally and brutally: we must search always for the chance for peace amidst the curse of war, until we are faced with the only prudent, if sorrowful, course â€” to send off, yet again, our warriors to fight the nation's wars," he said.

Australia must reduce the likelihood of war, "but not at the cost of our precious freedom," Pezzullo said.

The Chinese Embassy in Australia said in a statement the decision would "bring further damage to bilateral relations and will only end up hurting" Australia.