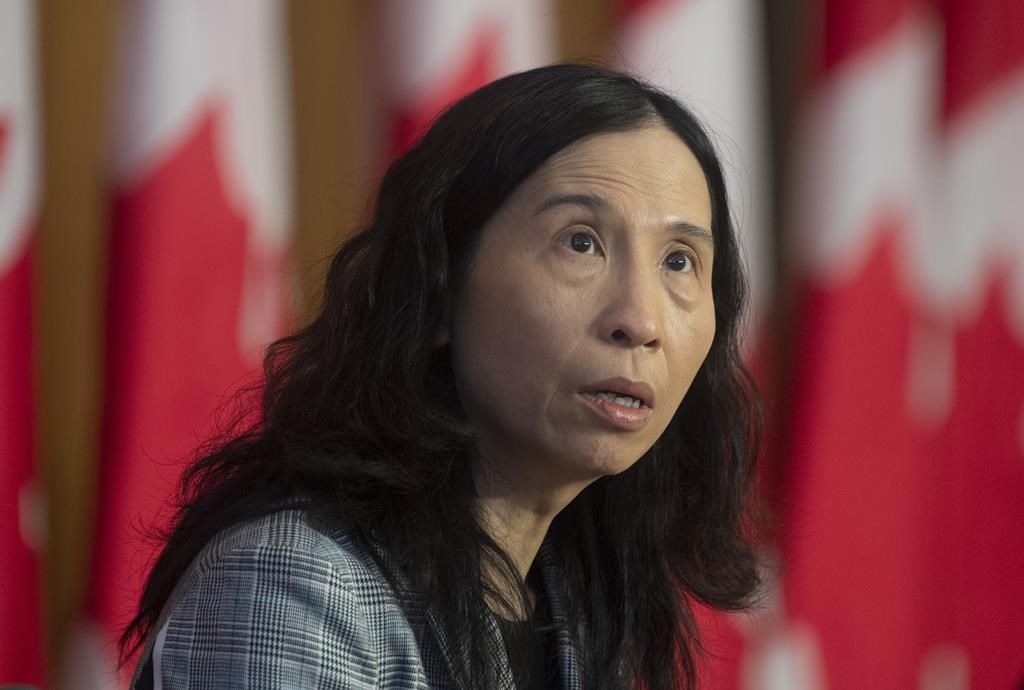 OTTAWA â€” Canada’s chief public health officer says new information on COVID-19 and variants prompted the National Advisory Committee on Immunization to suddenly cancel its planned announcement on who should get the Oxford-AstraZeneca vaccine.

The panel, known as NACI for short, is made up of vaccine experts who volunteer their time to make non-binding advice on how vaccines should be used in Canada.

NACI was minutes away Tuesday afternoon from providing an update to its advice that AstraZeneca shouldn’t be given to people under the age of 55 but the planned briefing was called off.

Dr. Theresa Tam says it had nothing to do with the risk the vaccine may pose from rare blood clots, but the panel felt the new data on the virus and its variants of concern had to be taken into account.

It is not known when NACI will now deliver that update, but at least five provinces didn’t wait for the panel’s advice before lowering the age cutoff for the AstraZeneca vaccine.

British Columbia, Alberta, Manitoba and Ontario are all now giving it to people as young as 40 and in Quebec as young as 45.

This report by The Canadian Press was first published April 21, 2020.