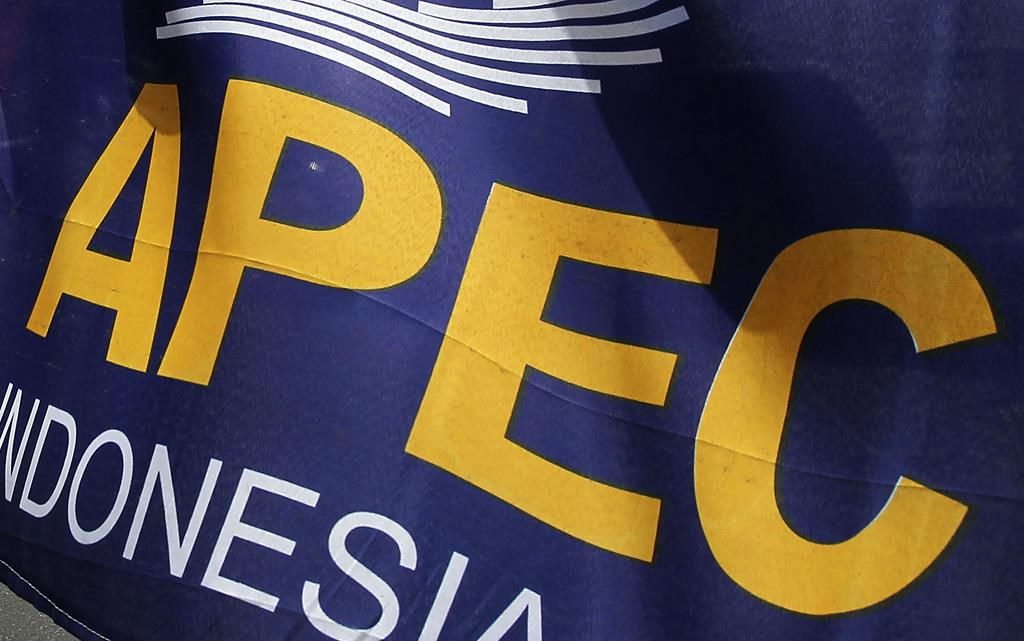 BANGKOK (AP) — Trade ministers from the Pacific Rim were discussing ways to build back better from the pandemic in an online meeting Saturday hosted by New Zealand.

The Asia-Pacific Economic Cooperation forum has long focused on dismantling trade barriers. The meeting of its trade ministers was convened virtually, given the travel restrictions prevailing in the region as coronavirus outbreaks flare in many countries still struggling to obtain and deploy enough COVID-19 vaccines.

On the agenda was a statement on aiding the movement of essential goods needed to fight the pandemic, in line with global trade rules that have been strained in recent years, especially during the administration of President Donald Trump who favored striking trade deals with individual countries.

The trade ministers attending Saturday’s meeting conferred with business leaders on Friday on ways to better manage the health and economic crisis brought on by the pandemic.

“We must ensure that trade plays a role in combatting the worst, continuing effects of COVID-19 through open and unrestricted trade in vaccines, essential medical supplies and associated products,” said Rachel Taulelei, chair of the APEC Business Advisory Council.

In many countries in the Asia-Pacific region, the share of people vaccinated so far is in the low single digits. That includes places like Thailand and Taiwan that initially managed to avoid initial massive outbreaks but now are contending with their worst flare-ups.

APEC members Japan, South Korea and New Zealand are ranked among the worst among all developed nations in vaccinating their people for COVID-19, below many developing countries such as Brazil and India. Australia is also performing comparatively poorly.

This week, President Joe Biden announced the U.S. will swiftly donate an initial allotment of 25 million doses of surplus vaccine overseas through the United Nations-backed COVAX program, promising infusions for Asia, South and Central America, Africa and others.

That would be a substantial and immediate boost to the lagging COVAX effort, which to date has shared just 76 million doses with needy countries.

While some countries at times have limited exports of vaccines, chemicals needed to make them or of protective equipment such as surgical masks, it’s unclear whether tariffs and other trade barriers have been the main problem since countries like Japan and New Zealand imposed onerous approval requirements that have slowed inoculations.

The average tariff on vaccines is a low 0.8%, according to the APEC Secretariat. But duties on some other products such as freezing equipment, vials and alcohol solutions can be as high as 30% for some countries.

While the average tariff on vaccines is very low within APEC (only 0.8%), tariffs are much higher for several goods that are very important in the vaccine supply chain.

Control of patents for the vaccines also has proven to be a contentious issue.

Much is at stake: beyond potential lives saved or lost, trade in vaccines and related supplies and equipment was estimated at $418.5 billion in 2019, according to the latest available data, and likely surged in 2020.

Beyond contending with the current crisis, the APEC meeting was focusing on ways to hasten the recovery from the pandemic and “build back better,” reallocating resources to improve health care, education and social safety nets, officials said.

Even though the region is still in the midst of its worst spate of coronavirus outbreaks so far, Pacific Rim economies are forecast to regain momentum this year, with growth rebounding to more than 6% from a 1.9% contraction in 2020.

APEC gathers 21 economies along the Pacific Rim, from tiny Brunei to the United States to Chile and New Zealand. One of its long-term aims is to promote a free trade area of the Asia-Pacific region.