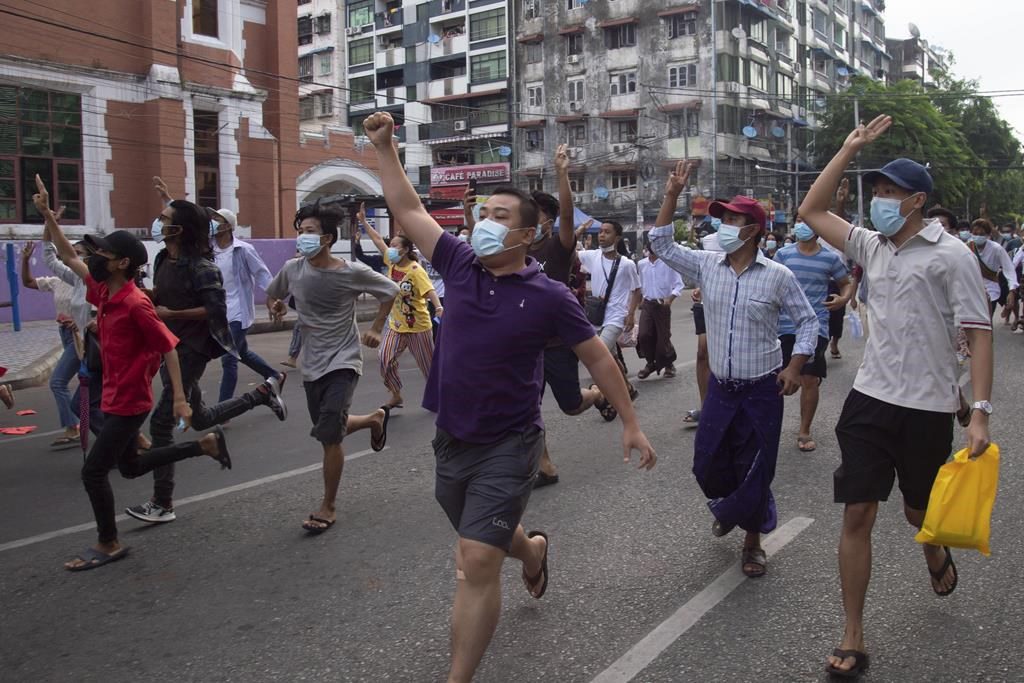 BANGKOK (AP) — Representatives of the Association of Southeast Asian Nations met with Myanmar’s junta leader on Friday, six weeks after an emergency regional summit on the country’s crisis following a military coup drew promises of progress toward a solution but produced no tangible results.

Earlier this week, an Indonesian diplomat said the delegation’s purpose was to seek Myanmar’s approval of an ASEAN special envoy for the crisis, who is yet to be named. He said the choice of the envoy involved both sides, making progress slow. He spoke on condition of anonymity because he was not authorized to speak to the media on the issue.

Friday’s meeting received a cool response from members of Myanmar’s opposition shadow government. The National Unity Government said at a rare online news conference that ASEAN should meet with them as well, not just the military.

The appointment of an ASEAN envoy was one of five points agreed to at the regional summit in Jakarta in April, which Min Aung Hlaing attended, over the objection of opponents who said the invitation legitimized his power grab. Shortly afterward, a spokesperson for the military government said it would only allow the envoy to visit after it had achieved security and stability in the country.

The military ousted the democratically elected government of Aung San Suu Kyi on Feb. 1, saying her party’s landslide victory in elections last November resulted from massive voter fraud. It has not produced credible evidence to back its claim.

Security forces have brutally suppressed widespread popular protests against the military takeover, firing live ammunition into crowds and carrying out waves of arrests. As of Friday, 845 people have been killed in the crackdown, according to the independent Assistance Association of Political Prisoners.

The Jakarta summit also reached an agreement to immediately end the violence, start a dialogue between the contending parties, have that dialogue mediated by the special envoy and allow in humanitarian aid. None has happened yet.

In the online news conference, Sa Sa also said the number of people’s militias taking up arms against the military government is set to rise rapidly in response to what he called a “reign of terror.”

“There will be so many more forces will appear in the coming months,” he said. “It will be out of control. That’s why we say to the international community to help us to stop this coup. We need stability in Myanmar.”

In recent weeks, civilian armed groups have appeared in several regions of the country, often using homemade weapons or old hunting rifles to engage the army and police, with some success.

Some groups of pro-democracy activists have fled to the jungles to receive combat training from battle-hardened ethnic armed groups who have been fighting for greater autonomy for decades.