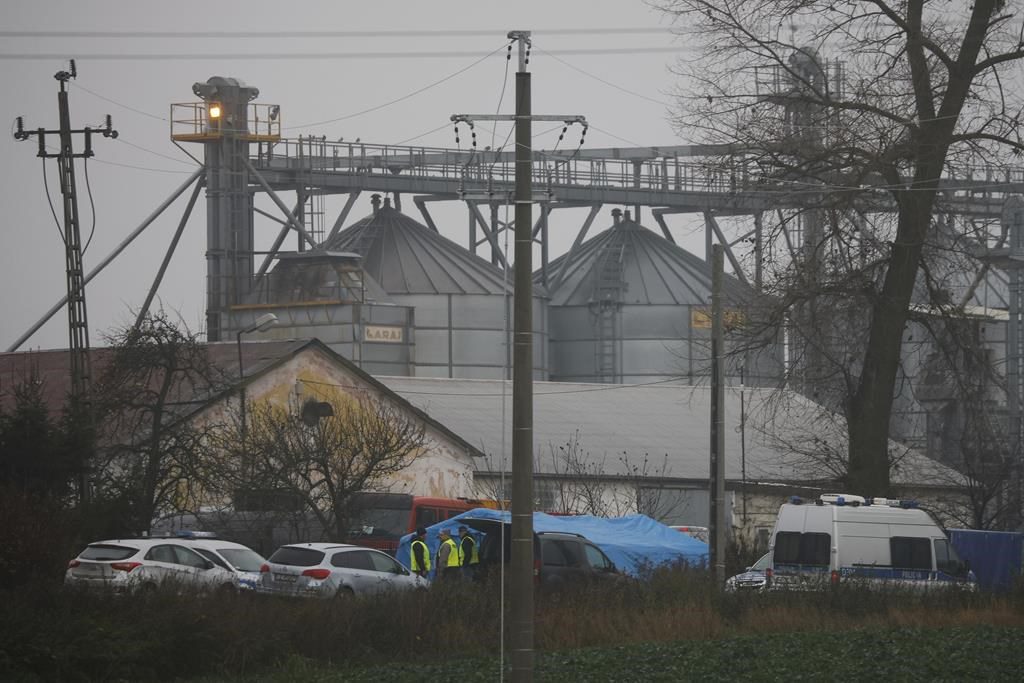 OTTAWA — As the investigation continues into how two Poles died in an explosion near their country’s border with Ukraine on Tuesday, Poland’s ambassador to Canada is urging the international community to consider deepening its support for the countries closest to the war.

The belief in Poland and with its NATO military allies is that the apparent missile strike “was not intentional,” says Witold Dzielski, who directed international policy for the Polish president before arriving in Ottawa earlier this year.

The leading theory is that the cause was a stray Ukrainian defensive missile that hit amid a barrage of missile attacks from Russia, though Ukraine’s president has disputed the suggestion.

Still, Dzielski said, the event “would not have happened if it was not for the fact that Russia invaded Ukraine.”

The consequences of the war have been heavy for Poland, which he said has welcomed some seven million refugees, many of whom are still in the country. Poland has spent the equivalent of $15 billion, Dzielski said, on humanitarian and military support.

While Canada’s support for Ukraine to date is “very much appreciated,” he said, Poland hopes that its allies will consider supporting the neighbouring countries that are imperilling themselves to help.

“We are very much lobbying, from the very beginning, for everybody to provide support. And we are at the same time putting ourselves at risk …. Poland believes this is the right thing to do,” he said.

“This is something that Poland and countries of our region were not prepared for. And it produces very serious budgetary risks. So the support for those countries is also worth considering.”

The deaths of Polish citizens near the Ukrainian border on Tuesday threw the jeopardy of being next door to a war in sharp relief. As the international community reacted in shock and braced for a potential escalation in the conflict, Polish authorities went into overdrive, Dzielski explained.

Right away, he said, certain military units were put to a high alert and an investigation began. President Andrzej Duda got on the phone with partners all over the world, and conversations continued down the chain, at the ministerial level and below.

That included a call between Duda and Prime Minister Justin Trudeau on Wednesday, Dzielski said. Though he said he couldn’t provide details, he said the general message from the conversation was that “Canada stands with Poland” and “Canadians are ready to provide necessary support.”

He said that based on that and other calls between leaders, there is broad agreement that “possible decisions need to be made in a smart manner” but that “this is a situation taking place on the NATO territory and if it was something intentional, then it would require an appropriate reaction.”

If the facts lead to a conclusion that there was intent behind the move, Dzielski said affirmatively that Article 4 under NATO’s operating treaty, which opens consultations when a member state feels its security threatened, would be “the appropriate way to move forward” — not Article 5, which stipulates that an act of war against one member state is an attack on them all.

For Dzielski himself, an “extremely busy” 24 hours followed the initial reports of the explosion — not least because a gala celebrating the 80th anniversary of Polish-Canadian relations was scheduled for the very same night in Ottawa.

The guest list included two delegations from Poland, a number of Canadian MPs and minister Helena Jaczek, responsible for the Federal Economic Development Agency for Southern Ontario, whose father is Polish.

It was a different mood than Dzielski was expecting.

“Instead of talking about great developments in economic relations and co-operation on political and military level and so on, much of the conversations during and after the gala were devoted to the situation in Poland,” he said.