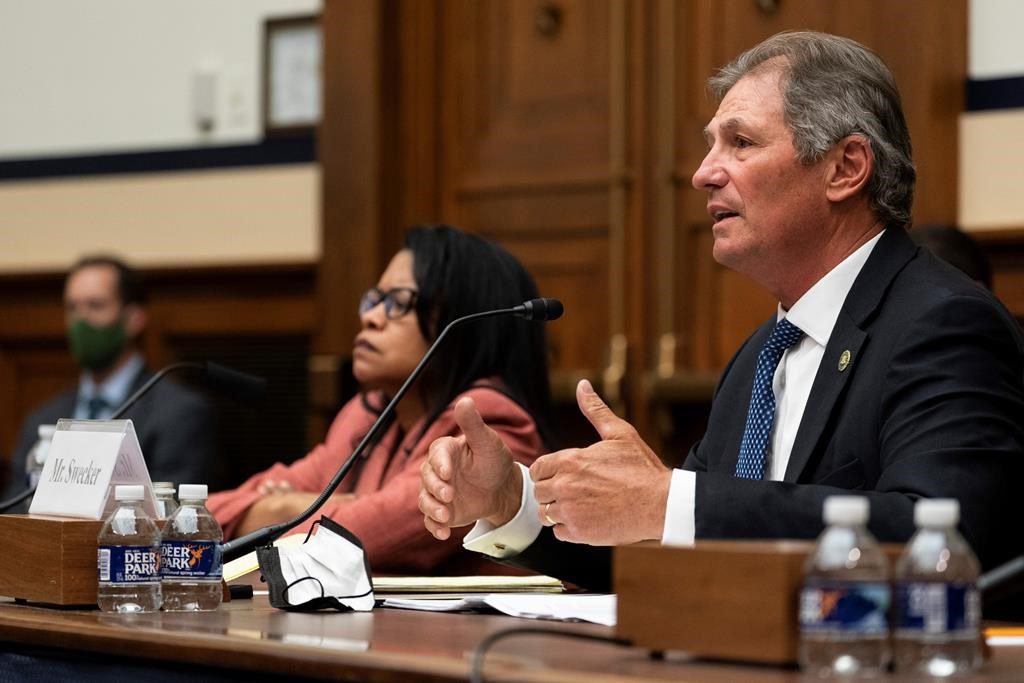 WASHINGTON â€” The Army said Friday that it has taken disciplinary action against 21 officers and non-commissioned officers at Fort Hood, Texas, in connection with death last year of Spc. Vanessa Guillen, who was missing for about two months before her remains were found.

The punishments, which include firing eight senior commanders, are the latest Army moves in response to Guillen’s disappearance and death, which brought to light widespread leadership failures at a base that had high rates of sexual assault, harassment, drug use and other problems.

Also, in a new revelation, an Army report blamed the military for allowing Guillen’s killer to escape from custody and ultimately kill himself. It found that "poor communication" between soldiers keeping watch on Spc. Aaron Robinson failed to clearly note that he was a soldier of "heightened interest," contributing to his ability to flee from a conference room. He committed suicide while being pursued.

While the discipline announced Friday represents a sweeping condemnation of soldiers in Guillen's chain of command, no criminal charges have been brought against any of the soldiers. Instead, the soldiers were relieved of command or given formal letters of reprimand that will go into their permanent files, or both. In many cases such discipline is career ending.

The investigation, led by Gen. John Murray, head of Army Futures Command, concluded that Guillen was sexually harassed by another soldier â€” a charge that commanders at the base denied for months. Maj. Gen. Gene LeBoeuf, Forces Command chief of staff, told reporters Friday that the soldier who harassed her is among those disciplined.

He declined to identify that person, but said it was not Robinson, the soldier investigators say killed her. Robinson killed himself July 1 as police were trying to take him into custody. The family has identified the soldier who harassed her as Sgt. 1st Class Jovanny Rivera.

Guillen’s family has said that he harassed Guillen. "If you can't say why he murdered her, you can't say he didn't sexually harass her," said Guillen family attorney Natalie Khawam in an interview with The Associated Press Friday.

An independent review panel created to dig into the problems at the base concluded last December that military leaders at the base were not adequately dealing with high rates of sexual assault, harassment, drug use and other problems. It also found that the Army's Criminal Investigation Command, or CID, was understaffed, overwhelmed and filled with inexperienced investigators.

The panel’s chairman told members of Congress in a hearing earlier this year that the base leadership was focused on military readiness, and "completely and utterly neglected" the sexual assault prevention program. As a result, he said, lower-level unit commanders didn't encourage service members to report assaults, and in many cases were shaming victims or were actually the perpetrators themselves.

In response to the latest investigation, the Guillen family and Khawam also issued a statement saying there are many inconsistencies in the report.

In an interview with the AP Friday, Guillen’s sisters Lupe and Mayra expressed frustration.

"For me personally, I am barely halfway through the report. It is very emotional for me to re-read everything we have had to go through and to re-read certain things stated in favour of the Army," Mayra Guillen said. ""It has been really frustrating to read everything and remind myself of the details we once lived through."

The family also issued a statement saying, "Vanessa's case was severely mishandled. We are upset that the names of the soldiers that sexually harassed Vanessa are not included. It's heartbreaking and frustrating for all of us," the family said.

The base commander, Army Lt. Gen. Pat White, escaped any discipline. Gen. James McConville, the Army chief of staff, said in December that White was not punished because he was deployed to Iraq as the commander there for much of the year, and wasn't at the base.

The latest investigation concluded that Overland sexually harassed another soldier, not Guillen. Officials have said that members of the CID were also disciplined, although their names have not been released.

As many as 28 Fort Hood soldiers died in 2020, including in multiple homicides, suicides and other accidents. Guillen’s death triggered a social media movement of former and current military service people speaking out about sexual assault and harassment on the base.

Murray’s investigation was submitted to Gen. Michael Garrett, head of Army Forces Command, who made a number of the reprimand decisions, and recommended several others to White.

The report concluded that Guillen’s leaders failed to take appropriate action when she was sexually harassed by a supervisor, who created an "intimidating, hostile environment." It said

It also concluded that 3rd Cavalry Regiment commanders didn’t sufficiently emphasize the prevention and response to sexual assault or harassment, and that they failed to hold her supervisor accountable for his actions.

"They knew of the aggressive and counterproductive leadership but took no action," the report said, adding that senior leaders were aware of problems with the supervisor but continued to move him from one squadron to another.

The report added that base commanders failed to publicly address Guillen’s disappearance or correct inaccurate information that came out in the aftermath.

"This contributed to an inability to inform and educate the public in a timely manner, and maintain transparency with the GuillÃ©n family," the report said, adding that it caused the family, the community and the nation to lose trust with Fort Hood.

Lupe and Mayra Guillen also told AP that they were disappointed to see that some of the people responsible would only receive reprimands and would have the chance to defend themselves against the actions.

"My sister can't speak for herself, why should they?" Lupe Guillen said.