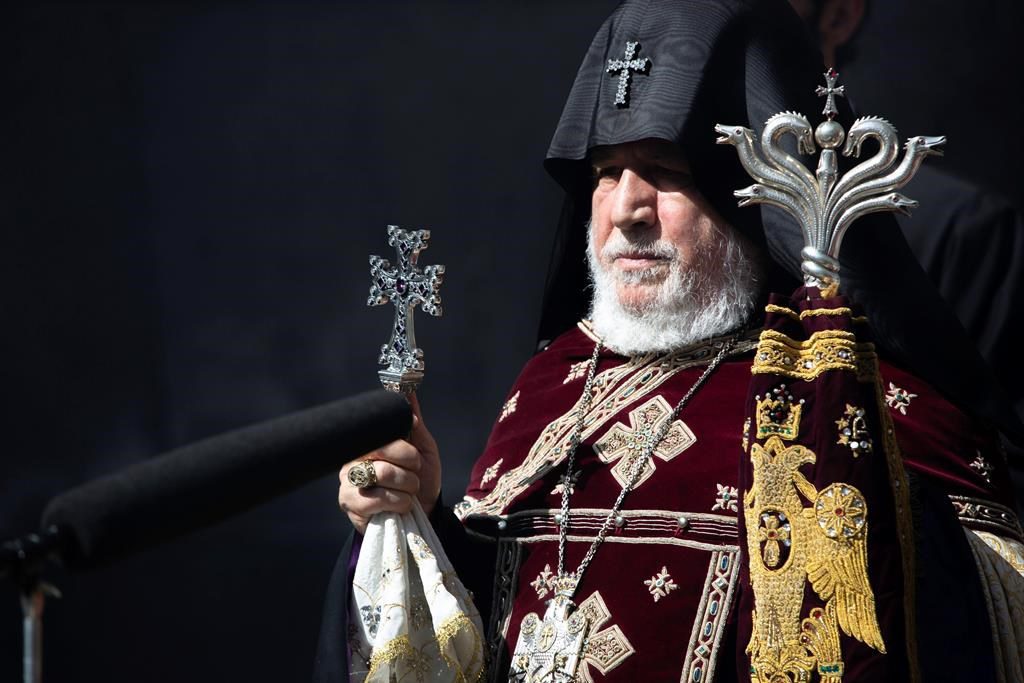 Biden's announcement Saturday and Prime Minister Nikol Pashinyan's response came on the day that Armenians streamed to a hilltop memorial complex in the capital of Yerevan to lay flowers and mourn the victims.

Armenia on Saturday marked the anniversary of the 1915 rounding up of some 250 Armenian intellectuals, regarded as the first step in the killings that lasted until 1923.

Turkey vehemently rejects the genocide label, conceding that many died in that era, but insisting that the death toll is inflated and the deaths resulted from civil unrest. Biden's statement brought an angry response from Turkey and risks worsening relations between Washington and Ankara.

But Pashinyan said the move "reaffirms the supremacy of human rights and values ??in international relations. From this point of view, it is an inspiring and inspiring example for all who want to build a just and tolerant international society together."

"I highly appreciate your principled position, which is a powerful step towards the restoration of truth and historical justice, invaluable support to the descendants of the victims of the Armenian genocide," he said in a message to Biden.

"We reject and denounce in the strongest terms the statement of the president of the U.S. regarding the events of 1915 made under the pressure of radical Armenian circles and anti-Turkey groups," the Turkish Foreign Ministry said in a statement.

Pashinyan, meanwhile, also said the recognition constitutes "a security issue, especially in the light of the events that took place in our region last year," referring to the war between Armenia and Azerbaijan in which Armenia ceded large swaths of territory occupied by Armenians in Azerbaijan. More than 6,000 people died in the war and large numbers of Armenian civilians were displaced..

Azerbaijan, which was supported by Turkey in the war, also criticized Biden’s recognition of the genocide.

"While misrepresenting the events that happened 100 years ago, the failure to give a fair assessment of the genocide committed by Armenia against Azerbaijanis in Khojaly 30 years ago is an example of bias and double standards," Azerbaijan’s Foreign Ministry said in a statement.

More than 200 Azeris were killed by Armenian forces in 1992 in the town of Khojaly during fighting over the Nagorno-Karabakh region.

Aida Sultanova in London and Jim Heintz in Moscow contributed to this story.