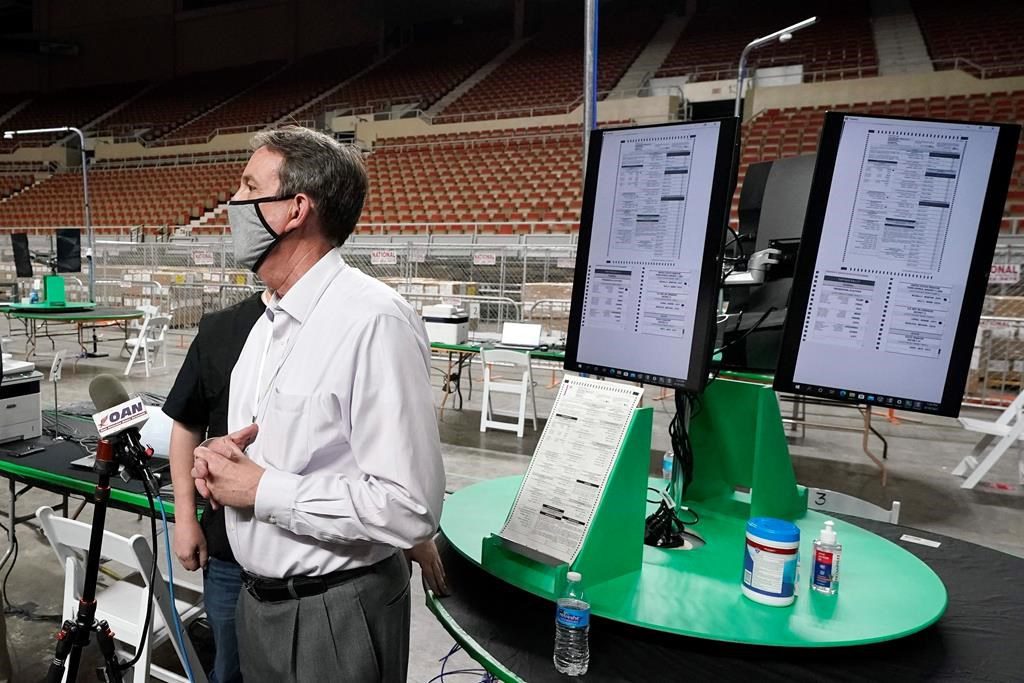 PHOENIX â€” A contractor overseeing the Arizona Senate’s unprecedented recount of 2.1 million ballots from the November election complied Thursday with a court order and released its policies for ensuring voter privacy and ballot secrecy.

The release of three documents by Florida-based Cyber Ninjas came a day after a Maricopa County judge refused to allow the company or the Republican-led Senate to keep the material secret and ordered it made public. Judge Daniel Martin gave them a day to appeal, but they declined.

Cyber Ninjas said in a statement that its goal "is for the public to be able to read the documents themselves and see that the process and the procedures are sound." The company urged media outlets to publish links to the documents so they can be easily accessed.

The Arizona Democratic Party previously sued to block the recount unless the policies for securing voter rights were released.

The party’s lawyers were reviewing the documents and could not immediately comment on them.

President Joe Biden narrowly won the state over Donald Trump. The unusual audit of ballots months after Biden’s win was certified came as backers of Trump continue to insist without evidence that he lost Arizona and other battleground states because of election fraud.

The state Senate audit can't overturn the results of the election, but Republicans who control the chamber say it is needed to restore voter confidence and help them craft changes to election laws.

Senate Democrats call the audit an effort to perpetuate what they call "The Big Lie" â€” Trump’s insistence that he actually won.

Separately Thursday, a group of voting rights groups asked the U.S. Department of Justice to send monitors to Veterans Memorial Coliseum in Phoenix to ensure ballots are secure and that Senate auditors don’t try to intimidate voters. The contract the Senate signed with Cyber Ninjas noted that voters may be contacted.

"We are very concerned that the auditors are engaged in ongoing and imminent violations of federal voting and election laws," said the letter sent by the Brennan Center for Justice, the Leadership Conference and Protect Democracy. The Justice Department didn’t immediately respond to a request for comment.

The hand-recount started last Friday, with Cyber Ninjas overseeing the process run by other contractors and former Republican Secretary of State Ken Bennett acting as the Senate's liaison to the effort.

The Senate and Cyber Ninjas had claimed the policies and procedures for recounting the presidential and U.S. Senate votes in Maricopa County were shielded under legislative immunity and that the documents were trade secrets, but the judge said that’s not the case.