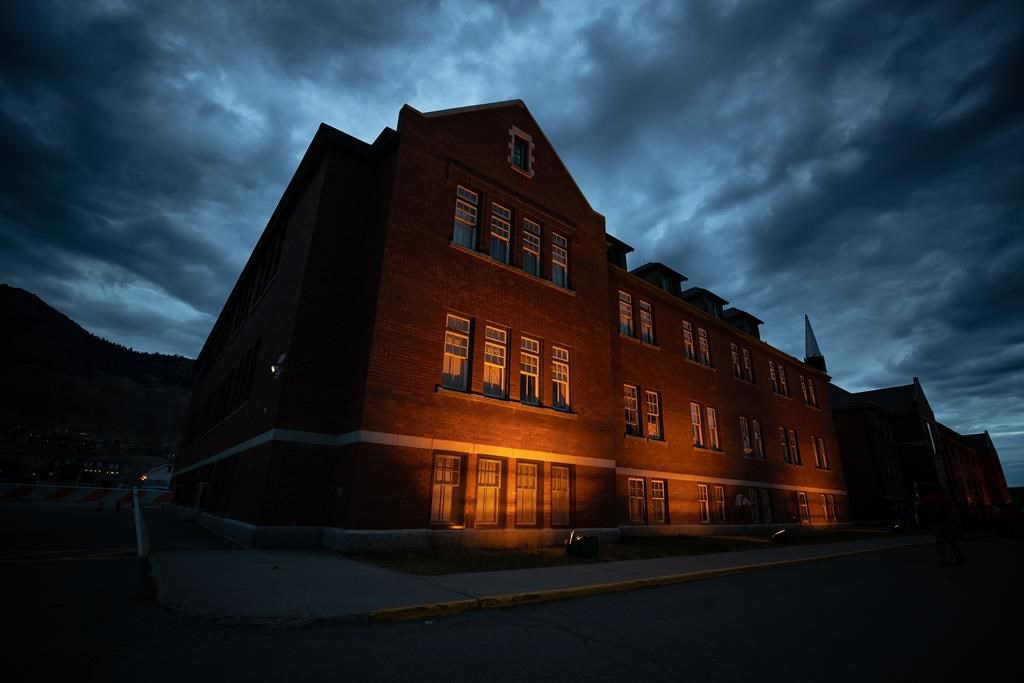 VICTORIA — An apology has been issued after a memorial honouring the young victims of the Kamloops Indian Residential School was removed from the steps of the British Columbia legislature just hours after it was set up.

A message on the B.C. legislature’s Twitter account says security officers “extinguished the candles and collected the mementos” Friday night after mourners left the front steps of the legislature in downtown Victoria.

The memorial was set up May 28, a day after the First Nation in Kamloops, B.C., announced it had located the remains of 215 children buried on the grounds of the former residential school.

The statement from the legislature says “compassion and sensitivity should have been exercised with the memorial items remaining in place.”

The memorial of candles and children’s shoes was replaced on Monday.

The statement says the items “will not be disturbed during this period of mourning.”