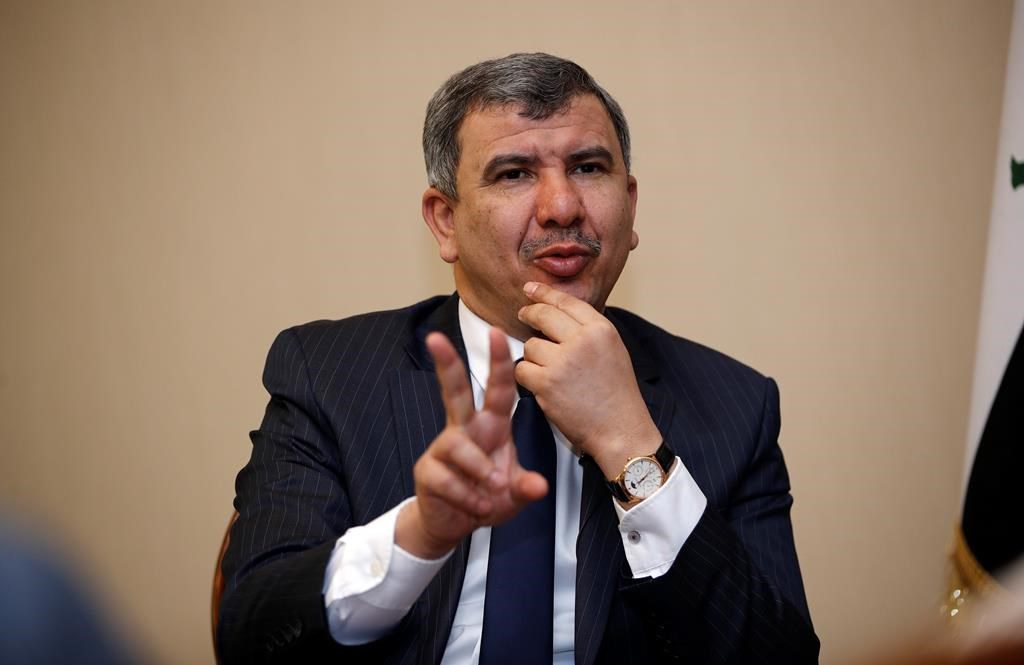 BAGHDAD (AP) — Iraq’s oil sector is rebounding after a catastrophic year triggered by the coronavirus pandemic, with key investment projects on the horizon, Iraq’s oil minister said Friday. But he also warned that an enduring bureaucratic culture of fear threatens to stand in the way.

Iraq is currently trading oil at $68 per barrel, close to the approximately $76 needed for the state to operate without reliance on the central bank to meet government expenditures.

Oil Minister Ihsan Abdul-Jabbar Ismail took over the unenviable job of supervising Iraq’s most vital industry at the height of an oil price crash that slashed oil revenues by more than half last year.

With the sector rebounding, Ismail told The Associated Press, he can now focus on other priorities. The interview that offered a rare glimpse into the inner-workings of the country’s most significant ministry — Iraq’s oil industry is responsible for 90% of state revenues.

Top on his list is developing the country’s gas sector, a central condition for Iraq to be eligible for U.S. waivers enabling energy imports from neighboring Iran. To that end, Iraq is looking to develop long-neglected gas fields and capture gas flared from oil sites.

Iraq is currently in the process of awarding China’s Sinopec to develop Mansuriya gas field in Diyala province, said Ismail. The field could add 300 million standard cubic feet of gas to domestic production.

The ministry is also in talks with France’s Total to develop an ambitious mega-project in Ratawa, in southern Iraq, that would include a hub processing gas from four different oil fields. And in the Akkas field, in Anbar province, the ministry is in the early stages of negotiating with American Shlumberger as well as a Saudi Arabian company to develop the field.

Though negotiations with international companies have picked up speed, Ismail said an entrenched culture of fear within his ministry persists as a chief concern. Investors have blamed glacial bureaucracy and indecision within ministry ranks for thwarting projects.