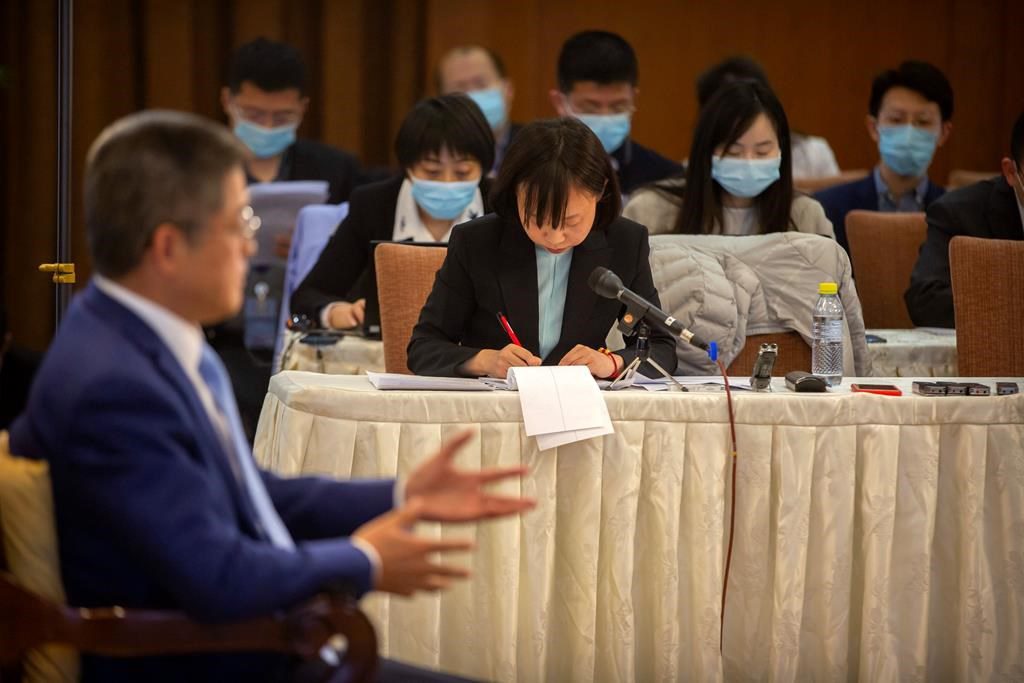 BEIJING â€” A top Chinese diplomat has called U.S. policy on China "too negative," saying it highlights confrontation over co-operation.

Le told The Associated Press in an interview that the two countries could tide over many difficulties by working together. He said the emphasis on competition and confrontation lacks a forward-looking spirit.

But the vice minister added that co-operation needs to be on an equal basis and should not be "one side drawing up a laundry list or demands to the other side."

THIS IS A BREAKING NEWS UPDATE. The AP's previous story is below:

A leading Chinese diplomat said Friday that his country, the world's largest carbon emitter, plans to send a "positive message" at a climate change meeting called by U.S. President Joe Biden for next week.

But Vice Minister of Foreign Affairs Le Yucheng also signalled that China is unlikely to make any new proposal beyond its current commitments on climate change.

"For a big country with 1.4 billion people, these goals are not easily delivered,” he said in a wide-ranging interview with The Associated Press. “Some countries are asking China to do more on climate change. I am afraid this is not very realistic."

He spoke as Biden's climate envoy, John Kerry, was discussing the issue on the second day of closed-door meetings with Chinese counterparts in Shanghai.

Le said he had no details on those meetings.

Chinese President Xi Jinping announced last year that China would be carbon-neutral by 2060 and aim to reach a peak in its emissions by 2030.

Biden has invited 40 world leaders, including Xi, to an April 22-23 virtual climate summit. The U.S. and other countries are expected to announce more ambitious national targets for cutting carbon emissions and pledge financial help for climate efforts by less wealthy nations.

Le didn’t say whether Xi would join the summit, but said "the Chinese side is actively studying the matter."