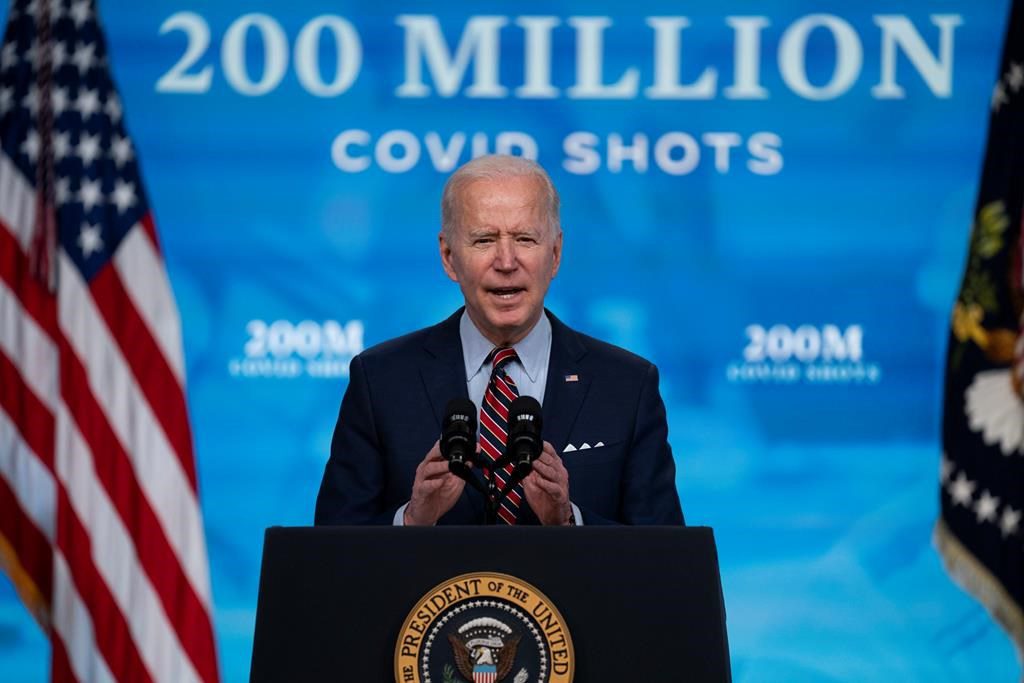 WASHINGTON â€” The U.S. will begin sharing its entire pipeline of vaccines from AstraZeneca once the COVID-19 vaccine clear federal safety reviews, the White House told The Associated Press on Monday, with as many as 60 million doses expected to be available for export in the coming months.

The move greatly expands on the Biden administration’s action last month to share about 4 million doses of the vaccine with Mexico and Canada. The AstraZeneca vaccine is widely in use around the world but not yet authorized by the U.S. Food and Drug Administration.

The move comes as the White House is increasingly assured about the supply of the three vaccines being administered in the U.S., particularly following the restart of the single-dose Johnson & Johnson shot over the weekend.

More than 3 million people worldwide have died of COVID-19.

About 10 million doses of AstraZeneca vaccine have been produced but have yet to pass review by the FDA to "meet its expectations for product quality," Zients said. That process could be completed in the next several weeks. About 50 million more doses are in various stages of production and could be available to ship in May and June pending FDA sign-off.

The U.S. has yet to finalize where the AstraZeneca doses will go, Zients said. Neighbors Mexico and Canada have asked the Biden administration to share more doses, while dozens of other countries are looking to access supplies of the vaccine. The doses will be donated by the U.S. government, which has contracted with the company for a total of 300 million doses â€” though the company has faced production issues.

AstraZeneca's doses in the U.S. were produced at an Emergent BioSolutions plant in Baltimore that has come under increased regulatory and public scrutiny after botching batches of the J&J vaccine. The U.S. pressed J&J to take over the plant and, as part of the effort to ensure the quality of newly produced vaccines, directed the facility to stop making the AstraZeneca shot. AstraZeneca is still looking to identify a new U.S. production facility for its future doses.

AstraZeneca's vaccine was initially expected to be the first to receive federal emergency authorization, and the U.S. government ordered enough for 150 million Americans before issues with the vaccine's clinical trial held up clearance. The company's 30,000-person U.S. trial didn't complete enrolment until January, and it has still not filed for an emergency use authorization with the FDA.