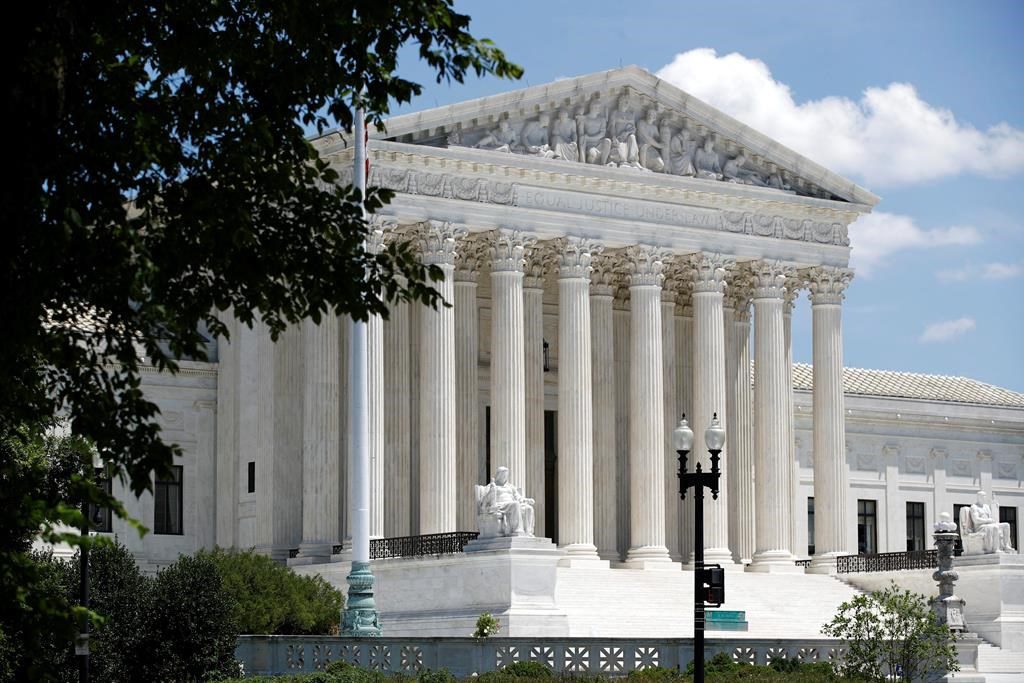 WASHINGTON â€” An unusual coalition of Supreme Court justices joined Thursday to rule in favour of an immigrant fighting deportation in a case that the court said turned on the meaning of the shortest word, "a."

By a 6-3 vote, the court sided with Agusto Niz-Chavez, a Guatemalan immigrant who has been in the United States since 2005. Eight years later, he received a notice to appear at a deportation hearing but this notice did not include a date or time. Two months after that, a second notice instructed him when and where to show up.

By sending notice of a deportation hearing, the government can stop the clock on immigrants hoping to show they have been in the United States for at least 10 straight years. The 10-year mark makes it easier under federal law to ask to be allowed to remain in the country.

The court was deciding whether immigration officials had to include all the relevant information in a single notice.

Justice Neil Gorsuch wrote in his majority opinion that they do, criticizing the government’s "notice by installment.”

Two other conservative justices, Clarence Thomas and Amy Coney Barrett, signed on, as did the court’s three liberal members, Stephen Breyer, Elena Kagan and Sonia Sotomayor. The case was argued in November during the Trump administration.

"Anyone who has applied for a passport, filed for Social Security benefits, or sought a license understands the government's affinity for forms. Make a mistake or skip a page? Go back and try again, sometimes with a penalty for the trouble. But it turns out the federal government finds some of its forms frustrating too," Gorsuch wrote.

A 1996 immigration law specifies “a notice to appear" for people the government wants to deport, Gorsuch said.

"At first blush, a notice to appear might seem to be just that â€” a single document containing all the information an individual needs to know about his removal hearing. But, the government says, supplying so much information in a single form is too taxing. It needs more flexibility, allowing its officials to provide information in separate mailings (as many as they wish) over time (as long as they find convenient)," he wrote.

Gorsuch acknowledged that a lot seemed to be hanging on one word, but he said the court’s role is to make sure the executive branch does not exceed the power Congress gave it.

"Interpreting the phrase 'a notice to appear' to require a single notice â€” rather than 2 or 20 documents â€” does just that," he wrote.

In dissent, Justice Brett Kavanaugh â€” an appointee of President Donald Trump along with Gorsuch and Barrett â€” called Gorsuch’s conclusion "rather perplexing as a matter of statutory interpretation and common sense.”

Kavanaugh pointed out that Niz-Chavez had adequate notice because he showed up at his hearing with a lawyer. "Niz-Chavez received written notice of the charges and all the required information, including the time and place of his hearing," Kavanaugh wrote, in an opinion that was joined by Chief Justice John Roberts and Justice Samuel Alito.

Receiving the first notice without a hearing date "affords the noncitizen more time to prepare a defence. And a noncitizen suffers no prejudice from receiving notice in two documents rather than one, as Niz-Chavez's case amply demonstrates," Kavanaugh wrote.

It wasn’t the first time the two former law clerks to now-retired Justice Anthony Kennedy and alumni of Georgetown Preparatory School in suburban Maryland have been on opposite sides of a case.