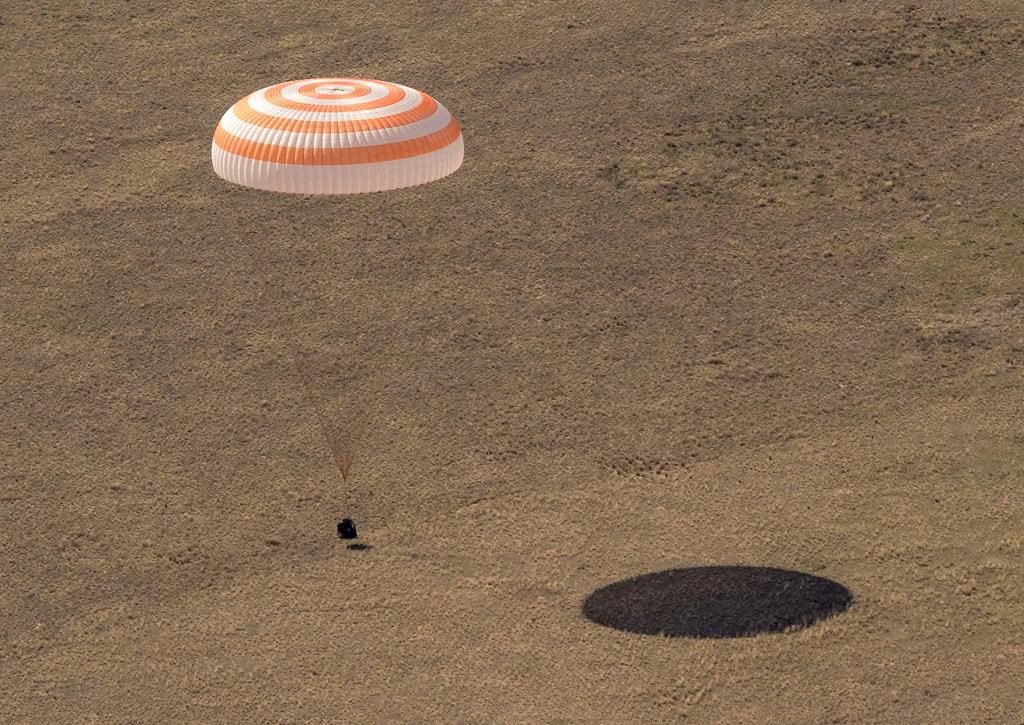 MOSCOW â€” An American astronaut and two Russians have returned to Earth after six months aboard the International Space Station.

Dmitry Rogozin, head of the Russian space agency Roskosmos, said all three were feeling well after they were extracted from the capsule and began reacclimating to the pull of gravity.

The three had arrived at the orbiting laboratory complex on Oct. 14.