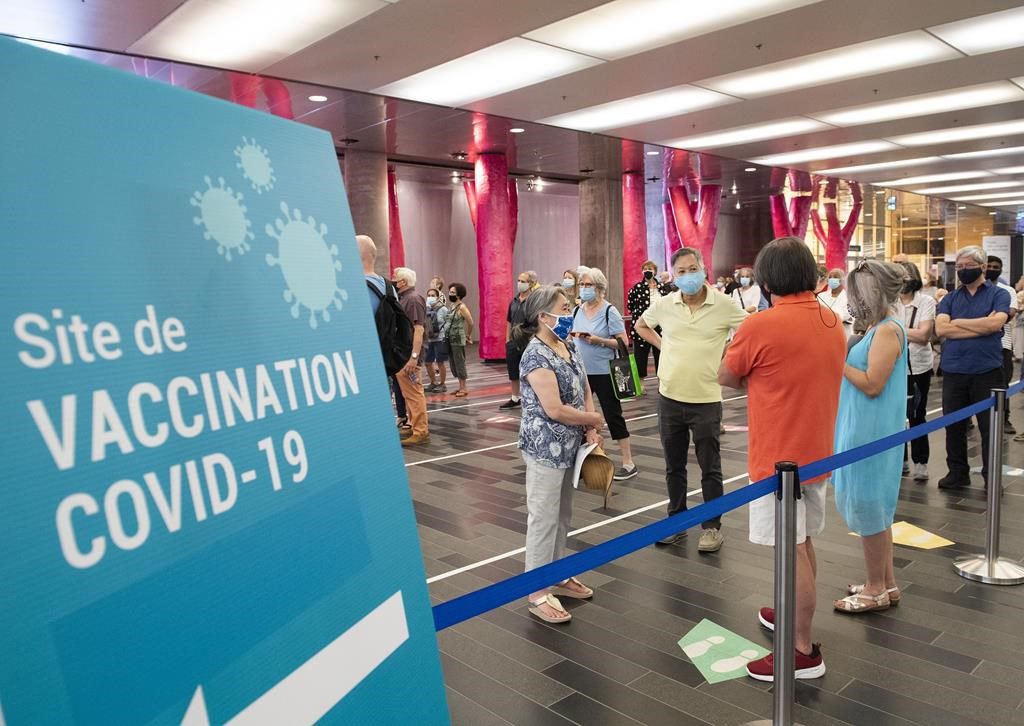 MONTREAL — All of Quebec is now out of the province’s highest pandemic alert level amid a continued decline in the number of new COVID-19 cases, hospitalizations and deaths.

Montreal, Laval and several smaller municipalities — the only parts of Quebec that remained at the red alert level — moved to the lower orange level today.

That allows gyms and restaurant dining rooms to reopen and sees high school students return to in person learning full-time instead of having online classes on alternating days.

In Quebec’s largest city, it’s the first time since the end of September that restaurant dining rooms have been allowed to open, though orange zone restrictions set a limit of two adults who don’t share an address per table.

Restrictions were eased further today in six other Quebec regions and part of a seventh.

That includes the regions of Abitibi-Témiscamingue, Côte-Nord and Nord du Québec, which moved to the province’s green or lowest alert level.

Indoor gatherings consisting of 10 people or the residents of no more than three households are permitted in green zones.

Meanwhile, people 80 and over can now rebook their appointments to receive a second dose of a COVID-19 vaccine. Last week, the province shortened the interval between doses of the Pfizer-BioNTech and Moderna mRNA vaccines to eight weeks from 16.

Quebec, which has given people second dose appointments when they receive their first shot, will allow people to reschedule their appointments on the province’s vaccine-booking website in descending order of age.