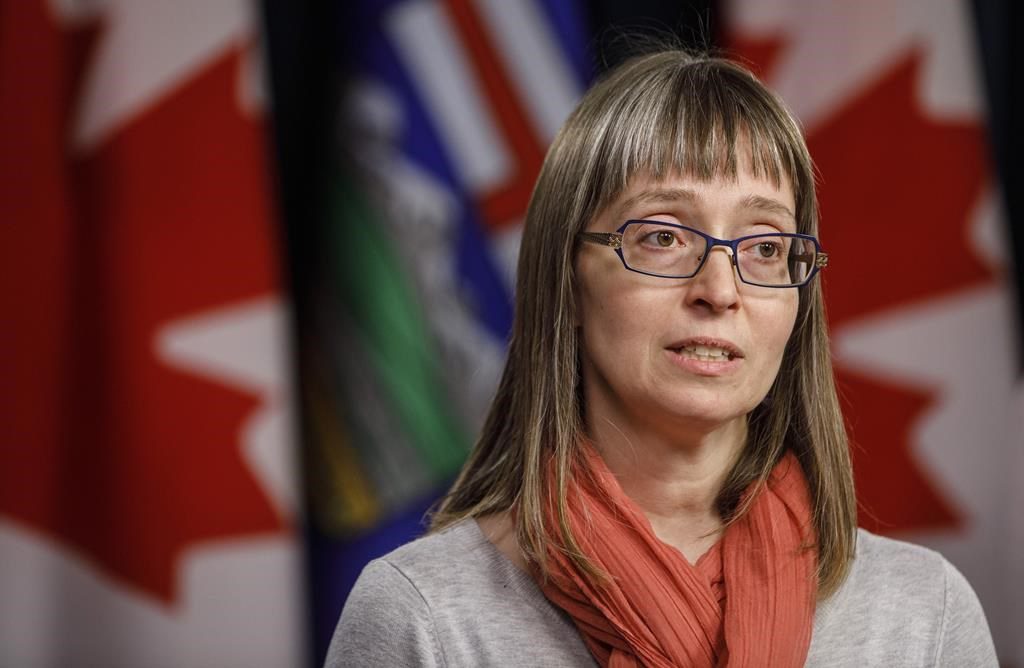 EDMONTON â€” Alberta Health Services says it will reduce scheduled surgical activity up to 30 per cent in the Edmonton, Calgary and North zones due to rising COVID-19 case numbers.

The province says it will also reduce some non-urgent procedures and ambulatory appointments.

It said in a series of posts on Twitter Tuesday night that these services will be reduced over the next two weeks and they will be rebooked as soon as possible.

It said it currently has adequate capacity for both hospitalized and intensive care unit patients but can ramp up the number of ICU spaces if demand increases.

“AHS is concerned with the increasing number of cases both in the community and in our health-care facilities,” said AHS, Alberta’s single health authority.

“We strongly urge Albertans to follow the public health restrictions, and in turn help us ensure the health-care system is there when they need it.”

Alberta's chief medical officer of health said there are 20,721 active cases of COVID-19 in the province â€” the second-highest total since the pandemic began.

"Our numbers are still very high and it's important to underline that cases are still growing," Dr. Deena Hinshaw said Tuesday while acknowledging the rate of growth is slowing.

The province has had more than 1,000 new cases every day for weeks and hospitalization rates are approaching what they were during the peak of the second wave of the pandemic in December.

It was during that time that Premier Jason Kenney's government invoked a renewed round of restrictions on business and public gatherings to keep the caseload from swamping the health system.

In early January, hospitalizations peaked at more than 900, then dropped to around 250 in late February before starting to climb again.

On Tuesday, Hinshaw announced 1,539 new cases, with 635 people in hospital, including 143 in intensive care.

The positivity rate remained high at 11.4 per cent.

The more contagious variant strains of COVID-19 made up about two-thirds of active cases.

There were seven more deaths, bringing that total in Alberta to 2,081. However, Hinshaw announced that 14 of the cases, after a review, did not have COVID-19 as a contributing cause of death, reducing the total to 2,067.

The government has not brought in new restrictions since April 6.

Hinshaw declined to answer questions on whether stricter health measures are needed or whether she has recommended such measures be taken.

She said elected officials make those decisions and whatever she recommends to Kenney's COVID-19 cabinet committee is confidential.

On Monday, the premier said the situation is concerning but has been alleviated somewhat by more than 1.4 million Albertans getting at least one vaccination.

Kenney dismissed calls for new measures, questioning whether they would even be followed. He said the existing ones would suffice if more people would follow them.

Alberta does not allow indoor social gatherings. Outdoor gatherings are capped at 10. There are sharp restrictions on businesses and many entertainment and recreation venues remain closed.

Action is now being taken at some regional levels, including Banff in the south and the Regional Municipality of Wood Buffalo in the north.

Wood Buffalo, which includes the city of Fort McMurray, has invoked a state of local emergency to deal with case counts above 1,100 and its hospital having to expand its capacity of intensive care beds.

All kindergarten to Grade 12 students there have been moved to at-home learning.

Hinshaw said she and Health Minister Tyler Shandro discussed the issue with Mayor Don Scott and will be extending gathering limits and restrictions on youth group sports and arts performances.

Kenney has said the vaccination rates are lower in the Wood Buffalo area compared with the rest of Alberta, saying they need to help people there find time to get inoculations and in some cases overcome vaccine hesitancy.

The 11 Indigenous communities in the region, in a public letter, urged Kenney to focus more on restrictions, including stay-at-home orders and a community-wide curfew.

"These are all actions that have been implemented in jurisdictions that have fared better than we have, and they are proven effective," wrote Chief Allan Adam, president of the Athabasca Tribal Council.

"Maybe Kenney could try some of these out for a change. Literally anything would be better than what he has been doing."

Banff and Lake Louise are dealing with 158 active cases.

Miranda Rosin, the United Conservative legislature member for the area, said a new vaccine clinic has opened in Banff.

"We gave that centre 240 does of vaccine all of which booked up in about an hour," said Rosin.

"I absolutely understand the need for continued vaccination in the townsite and in the national park of Banff."

This report by The Canadian Press was first published April 27, 2021

â€” with files from Bill Graveland in Calgary