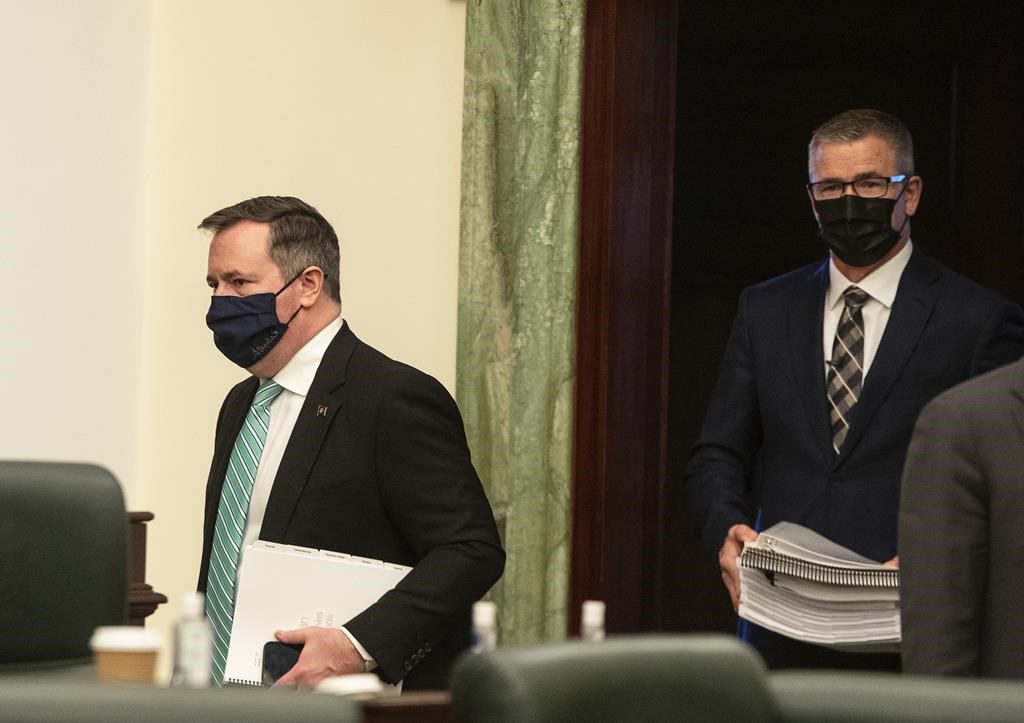 EDMONTON â€” Alberta Premier Jason Kenney’s government is suspending the spring sitting of the legislature due to soaring, record-breaking caseloads of COVID-19.

Government House Leader Jason Nixon says in a news release the two-week suspension is to prevent further spread of the novel coronavirus and is not due to any confirmed COVID cases among legislature members or staff.

The tentative return date is May 17, and Nixon says the house can be reconvened earlier if an emergency arises.

Notley says the legislature has critical work to do on the pandemic â€” such as bringing in rules for paid sick leave.

Alberta has seen more than 2,000 new infections in each of the last three days to go with a record 22,500 active cases, and doctors are now being briefed on patient triage protocols should they be required.

This report by The Canadian Press was first published May 2, 2021