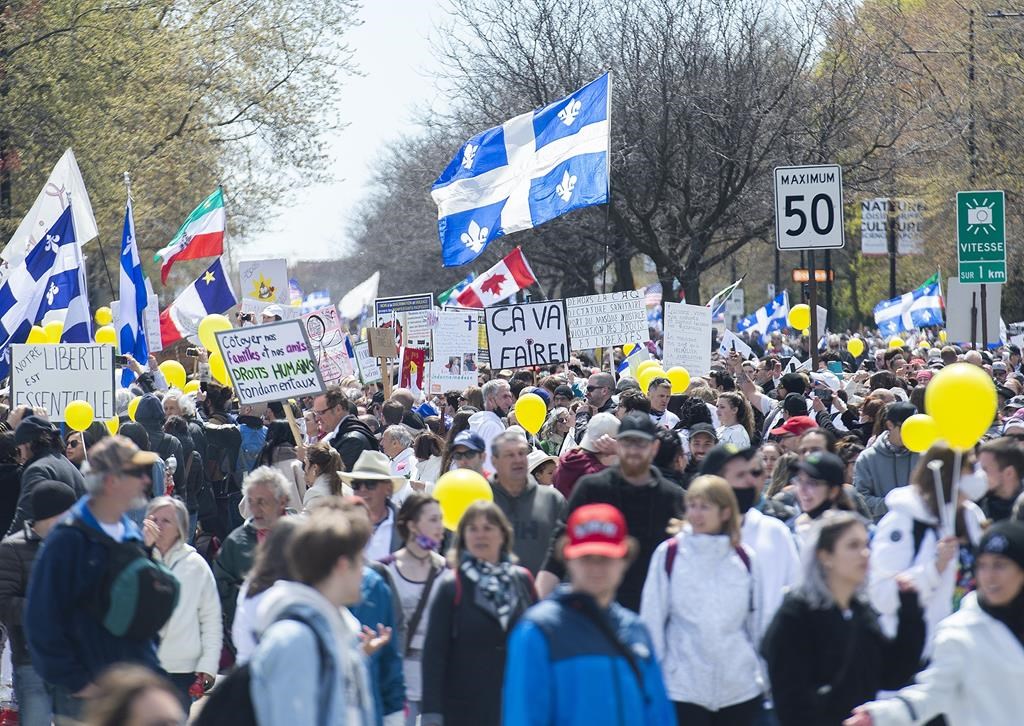 EDMONTON â€” The current legislative session in one of Canada’s most active COVID-19 hot spots is being temporarily suspended, while the province formerly hit hardest by the pandemic prepared to ease some restrictions.

An Alberta government news release says the legislature suspension in that province aims to prevent the further spread of COVID-19, which has led to record-high case counts in recent days.

The news came as health officials condemned an anti-lockdown rodeo held in the rural community of Bowden, Alta., in defiance of public health orders.

Alberta Health Services says in a statement that it’s exploring legal options after the No More Lockdowns Rodeo went ahead on Saturday despite warnings that it was illegal, and on a day that saw Alberta record 2,433 new cases.

In Quebec, a former hotbed of infections, authorities prepared to ease some public health measures in the Montreal and Quebec City areas.

The province announced last week that it would allow elementary school students in Quebec City to return to class on Monday while also pushing back the nighttime curfew in Montreal and neighbouring Laval to 9:30 p.m. following about two weeks of stable case counts.