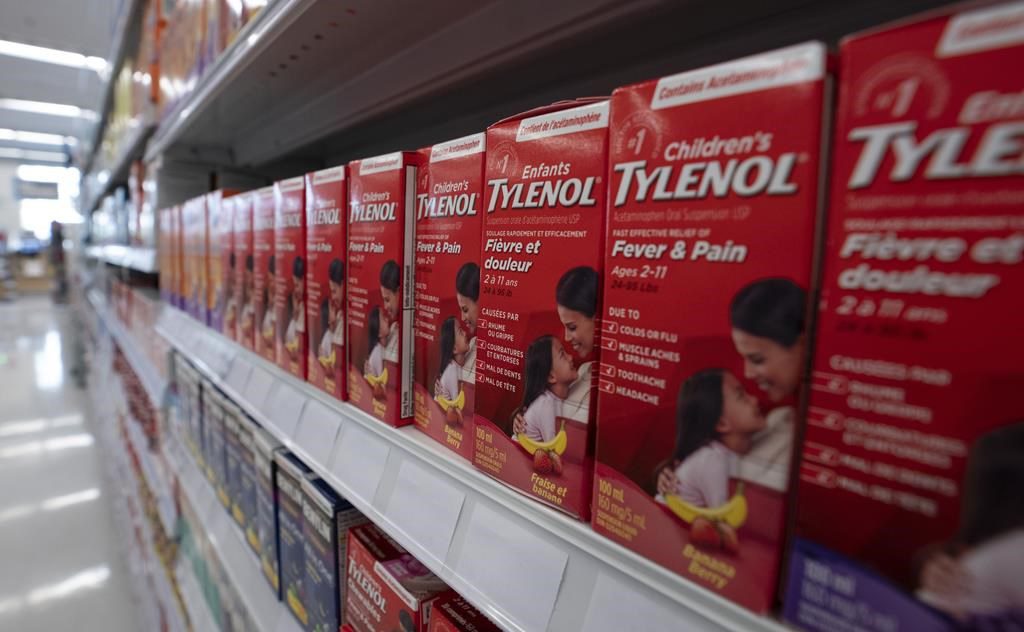 EDMONTON — The Alberta government says its first shipment of children’s pain reliever it ordered has arrived and will be distributed to hospitals immediately.

The province purchased the liquid acetaminophen late in the fall as hospitals were under strain from a spike in several respiratory illnesses.

In a release late Wednesday, the United Conservative Party government said the shipment of 250,000 bottles will bolster supply and ensure that children who are being treated at hospitals can get the pain and fever relief they need.

The government says when an additional supply of 4.75 million bottles with child-proof caps arrives they will be distributed to pharmacies for sale to the public at usual retail prices.

Parents across Canada have scrambled to manage their children’s fever and pain as rates of respiratory syncytial virus, or RSV, and influenza skyrocketed amid a shortage of medications.

The full cost of Alberta’s medication purchase has not been released.

“This is a great first step and I am so pleased that we have been able to secure additional children’s medication for our hospitals,” Premier Danielle Smith said in a release.

“But we cannot and will not rest with this first shipment. We need approval of the rest of the medication so parents can use them at home.”

The province says in order to receive Health Canada approval, the manufacturer had to submit a proposal outlining information on the medicine’s quality, safety and product packaging, including requiring child-resistant caps.

The federal government has also imported children’s acetaminophen and ibuprofen and sent them to hospitals.

This report by The Canadian Press was first published Jan. 18, 2022