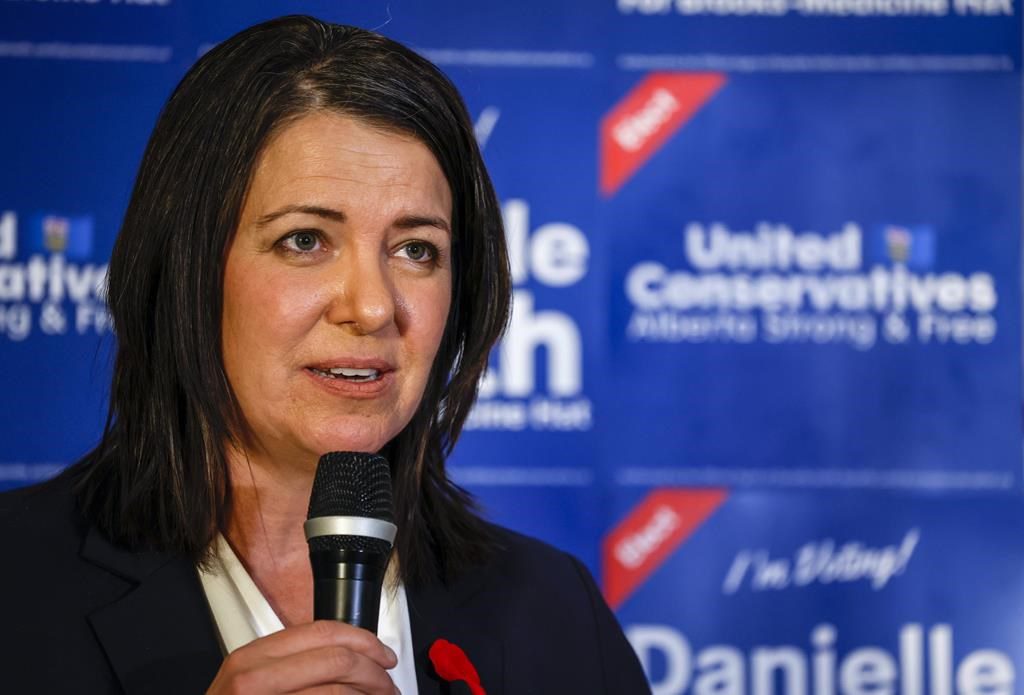 EDMONTON — Premier Danielle Smith is scheduled to deliver a televised address to Albertans this evening.

Smith, who became leader of the United Conservative Party in early October, is to return next week to the legislature after winning a byelection in the constituency of Brooks-Medicine Hat.

She has promised an ambitious agenda that includes help for Albertans dealing with sharp hikes in gasoline and energy costs.

She has also said she would bring in an Alberta sovereignty act that would allow her government to opt out of federal measures deemed harmful to provincial interests, and she has already started reorganizing the province’s health-care system.

Her speech is to be carried live on local CTV and Global stations at 6:30 p.m., as well as on the Alberta government website.

NDP Leader Rachel Notley says any taxpayer-funded address from the premier should also include an opportunity for the official Opposition to respond.

“What we need from this premier is a rational plan that reflects that she is actually listening to Albertans and is focused on dealing with the multiple ways in which affordability is becoming a crisis at Alberta dinner tables,” she said.