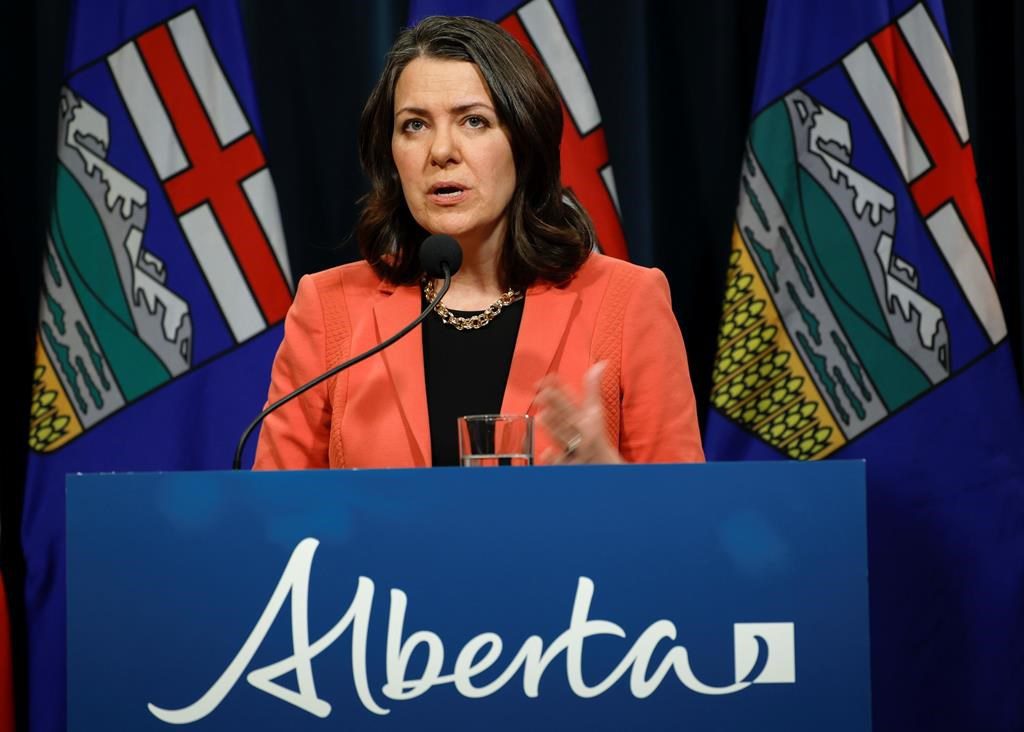 EDMONTON — Alberta Premier Danielle Smith’s long-promised public health science advisory panel, which has been beset by slipped deadlines and confusing messaging, has the NDP Opposition questioning whether it exists or ever will.

“I’d begin by looking at the concept of the panel with a great deal of skepticism — skepticism that it even exists at all or that we will see such a thing,” NDP Leader Rachel Notley said Wednesday.

“Our premier does say things that aren’t true quite regularly, and, in fact, she’s operating within a context of overall chaos and incompetence in terms of failing to move forward on ideas.”

Notley said if the panel has been created, she wants to know who is dispensing advice, given Smith’s public embrace of COVID-19 pseudo-science and of those who share her criticisms of pandemic measures, including former Reform Party leader Preston Manning.

Last week, Smith announced Manning would head up a separate $2-million inquiry into ways to improve how Alberta could handle the next pandemic or similar emergency.

“I would prefer to see the names (of the advisers) at least publicly shared with Albertans so we could engage in a transparent conversation about how connected to science these folks are,” said Notley.

Smith’s office did not immediately respond to questions seeking an update on the panel.

Smith leveraged support from United Conservative Party members to win the leadership last October by promising to redress what she has termed medically questionable violations of personal rights and freedoms — such as masking, gathering and vaccine mandate rules — during the COVID-19 pandemic.

The panel was announced by Smith on her first day in office as she also revealed that Dr. Deena Hinshaw would be moved out of her role as chief medical officer of health.

Smith has blamed Hinshaw and Alberta Health Services for failing to provide the best advice and resources to the government during the pandemic, forcing it to impose restrictions.

“I will be developing a new team of public health advisers,” Smith told reporters shortly after being sworn in on Oct. 11.

Three weeks later, Smith suggested at a public forum that the advisory team was in place and was contacting controversial experts such as Paul Alexander.

“I’ve got a group of doctors advising me and I know that they’ve already reached out to Dr. Paul Alexander, so I’m interested in hearing what he has to say,” Smith told a debate forum for the Brooks-Medicine Hat byelection on Nov. 3.

Alexander, an adviser to former U.S. president Donald Trump, has been an outspoken critic of the effectiveness of COVID-19 vaccines and the usefulness of health restrictions while expounding on herd immunity to handle the pandemic.

He has dismissed COVID-19 vaccines as “bioweapons.”

However two days later, on Nov. 5, Smith’s office stated the advisory team was not in place.

“The premier is in the process of consulting with Health Minister Jason Copping on putting together a qualified and diverse group of medical experts to advise the government on a range of health issues,” Becca Polak, said in a statement at the time.

“This group of health advisers will be announced before the end of the year after the necessary vetting and selection process is complete.”

By year’s end, the team had not been announced.

Two weeks ago, when asked by reporters about the team, Smith said she expected to announce it within days.

“I have discussions right now going through cabinet and caucus. As soon as I have caucus approval, I’ll be able to make an announcement in that regard,” Smith told reporters on Jan. 10.

“I’m targeting the latter part of next week (for an announcement).”

Smith has long aligned herself with those questioning the mainstream science approach to the pandemic.

She previously endorsed debunked treatments, such as ivermectin and hydroxychloroquine, and embraced fringe views of the pandemic such as the Great Barrington Declaration, which calls for protecting the elderly and frail but otherwise letting COVID-19 run free to build up herd immunity.