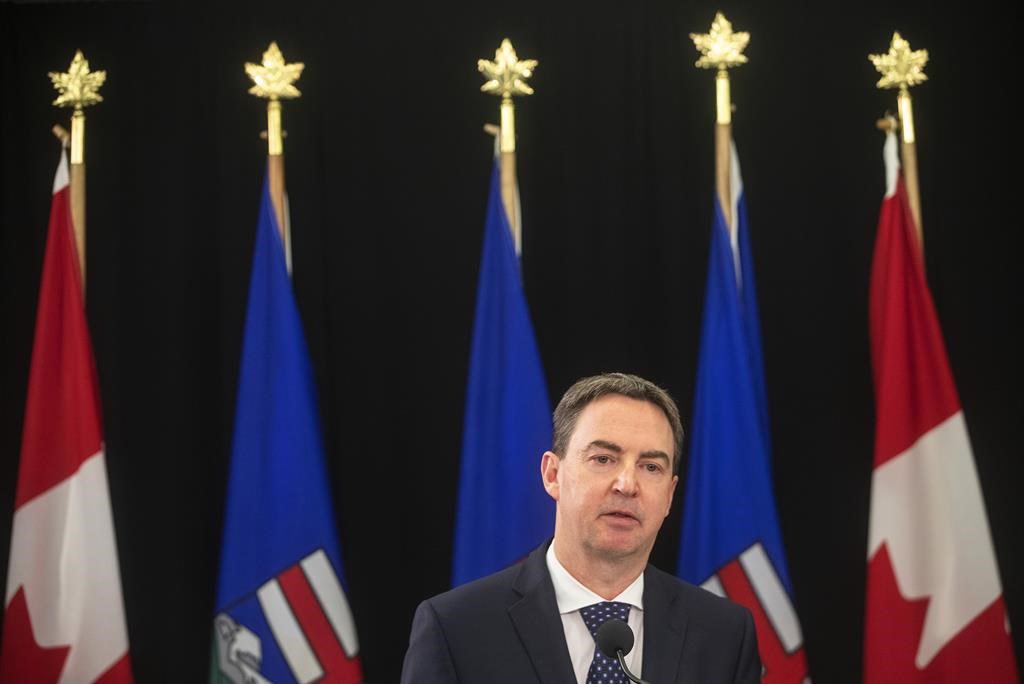 EDMONTON — Alberta’s health minister says he is not pursuing user-pay changes to the publicly funded system, but the Opposition NDP says Premier Danielle Smith needs to be clear on that.

Jason Copping says he is focused on recruiting more health professionals and increasing surgeries while the new head of Alberta Health Services works to improve the system and reduce wait times and ambulance backlogs.

To that end, Copping says his department has reached an agreement with the Alberta Medical Association to remove the payment cap on 50 visits a day for family physicians in order to help doctors and provide more access to care.

He made the comments after the Opposition NDP said Smith must explain whether she will pursue sweeping health policy changes she proposed last year while in the private sector.

At that time, Smith argued health care will eventually become unaffordable unless $4 billion in user fees are found, perhaps through deductibles, premiums or having patients pay to see a family doctor through health spending accounts.

Smith has promised to bring in health spending accounts, but only for services not covered by government, such as dental work, naturopathy or counselling.

Smith says her United Conservative government would put up $300 for each Albertan, then offer tax incentives to encourage individuals and employers to keep adding to their accounts.