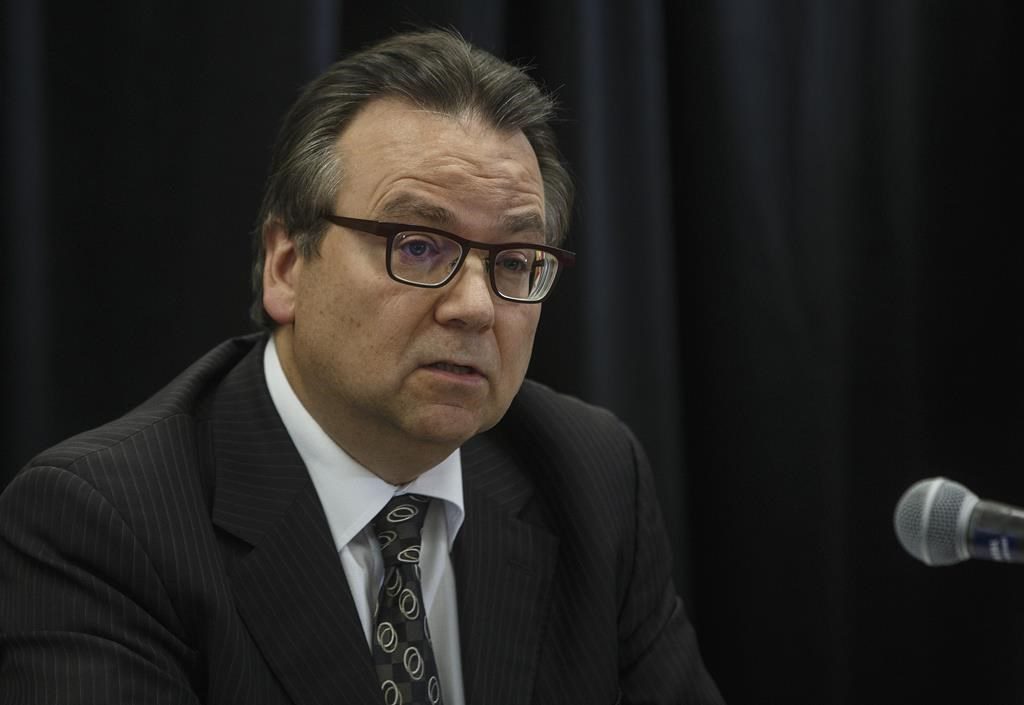 EDMONTON â€” The auditor general says Alberta's MRIs and other diagnostic imaging tests are plagued by poor communication and weighed down by handwritten forms and fax machines.

Doug Wylie is urging doctors and the government to work together to fix long wait times and some urgent cases getting bounced to the back of the line.

"Albertans should be able to expect if they have a more urgent diagnosis, they would be examined prior to those with less urgent needs," Wylie said Thursday after introducing his report on diagnostic imaging.

"We found there was a wide variation in the application of prioritization guidelines within the province.

"Our work identified thousands of examples of where patients assessed for low-priority exams received them within a higher priority timeline (and) urgent priority cases did not receive their exams within urgent wait-time targets."

The audit looked at MRI and CT scan data going back to 2014 and found a system struggling to link up and adapt to modern communication methods.

The audit found Alberta wait times for such scans are among the longest in Canada even as demand grows. In 2019, the wait for a CT exam was more than two weeks longer than the Canadian benchmark and for an MRI almost six weeks longer.

There were problems with appropriateness. About 30 per cent of patients with lower back pain received at least one unnecessary X-ray, CT scan or MRI.

The audit also found that collecting and booking scans was inefficient. Fax machines were being used and one in five request forms were sent back because the handwritten information was illegible.

Lack of communication and inflexible funding rules lead to broad differences in wait times. A high-priority MRI can be done in seven days in Alberta’s central and south regions, but takes 56 days in Calgary.

Alberta Health Services does not have provincewide centralized intake, so one zone cannot take advantage of openings or book exams in other areas.

There are also far more exams done on weekdays than weekends. By performing the same number of scans on a weekend, the province could add well over 100,000 more tests a year, the audit says.

Wylie said AHS has advised that staffing is an issue, and while it can handle the workload for CT scans, recruiting MRI technologist has been challenging.

Wylie's report does not explore those who received diagnostic exams done through private providers.

It says data and research are not the problem.

"AHS has most of the data and reporting capability it needs, but important components of (the) performance management system for diagnostics needs improving.”