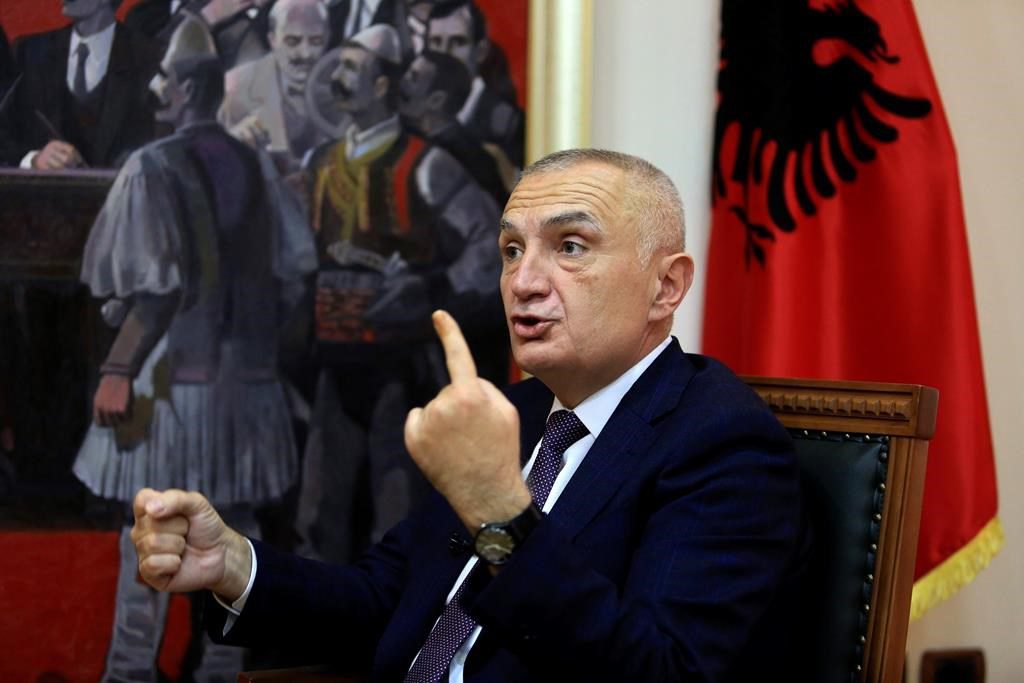 TIRANA, Albania â€” Albania’s president has accused the U.S. ambassador of intervening in the small European country's internal affairs by supporting its prime minister in an upcoming parliamentary election.

President Ilir Meta spoke harshly about Ambassador Yuri Kim during a television talk show on Friday night and called on the American diplomat "to stop supporting (Prime Minister Edi) Rama, who is violating the election."

While the show was airing on Syri Televizion, Kim sent a text message to Meta and also tweeted about Sunday’s election, responding to a warning Meta gave this week that Albanians would take up pitchforks and other tools if the prime minister attempts to manipulate voting or the results.

"It is unacceptable for anyone to threaten that citizens will take up "pitchforks" on April 25 or if they don't like the result of elections,”‘ the ambassador wrote. "These threats deserve condemnation. Those who incite violence will be held responsible for the results of their words and actions. Stop.”

Albania’s two largest political parties are bitter election rivals. Confrontations between supporters of Rama’s government and of the opposition culminated Wednesday with the death of a leading supporter of the governing Socialist Party. Police have said the victim was shot, allegedly by a member of the opposition Democratic Party, during an argument involving members of the opposing camps.

Meta has denounced Rama for allegedly running a "kleptocratic regime" that concentrated all legislative, administrative and judicial powers in the prime minister’s. He also accused Rama of bungling Albania’s pandemic response and delaying the country's integration into the European Union.

The president holds the post without a party affiliation. Meta previously led the left-wing Socialist Movement for Integration, which is now led by his wife.

During Friday night’s talk show, Meta called Rama a "gangster" and a "psychic ill person." He also became visibly agitated after receiving Kim’s text and made extreme claims about the U.S. ambassador. At one point, the president hinted that Kim could be part of an international lobbying campaign against him led by Serbia.

"There are corrupt circles. There is lobbying paid by Serbia, there (in the U.S.) and in other countries, which use America's representatives against Ilir Meta," he said.

Meta alleged that Kim told him during one telephone call, "We know some things about you."

"I have told (Washington) that if you have any issue with me, please let me know because I know that you may even kill me," he said. Meta added that he would go to a nearby mountain and then "you may launch a missile on me, so that I don't damage other people."

The U.S. Embassy in Tirana did not respond immediately to a request for comment on Meta's remarks.