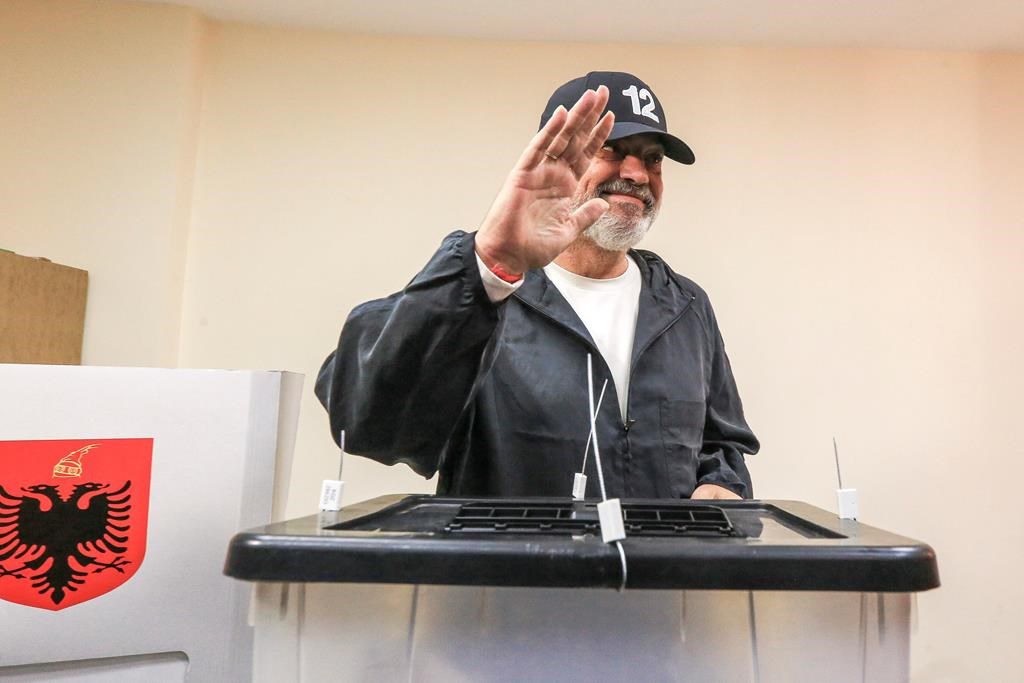 With half of the votes counted, the left-wing Socialists of Prime Minister Edi Rama have 49% of the votes, followed by the main opposition centre-right Democratic Party of Lulzim Basha with 39%.

It is still unclear whether Socialists will get the 71 seats they need to govern alone.

Some 3.6 million eligible voters in Albania and abroad voted to elect 140 lawmakers for a four-year mandate in the Balkan nation.

Voting Sunday took place relatively smoothly, though with some problems with logistics and allegations of the photographing of ballots. The main issue was voters' electronic identification, which was applied for the first time in the country â€” 167 out of 5,199 polling stations didn’t function.

International observers from the the Organization for Security and Cooperation in Europe and the Council of Europe said "the introduction of e-voting technology represents an important and welcome improvement for Albania."

Ilirjan Celibashi, head of the Central Election Commission, considered the election a success and said "the process was characterized by a calm situation, security and integrity." He said the winner would be known by Tuesday evening. Counting will continue for the candidates â€” it was the first time Albanian voters selected individual candidates in addition to political parties.

Albania, a NATO member since 2009, is looking forward to launching full membership negotiations with the 27-member European Union later this year and Sunday's vote â€” post-communist Albania's 10th parliamentary election â€” is considered a key milestone on that path. To date, voting always has been marred by irregularities.

Opposition leader Basha says he will bring a change from what he claims is a government of corruption and links to organized crime. He has pledged to lower taxes, raise salaries and provide more social support.

There were 125 observers from 32 OSCE member countries and scores of others from Western embassies who monitored the vote.

“It is encouraging to see that trust in the election process is slowly being rebuilt," said Urszula Gacek of the OSCE’s Office for Democratic Institutions and Human Rights.

"The voting process was overall calm," said the preliminary report, which also mentioned allegations of vote buying and the death of a political supporter before the voting.

U.S., EU and other Western countries' ambassadors called on Albanian political leaders "to accept the judgment of voters."