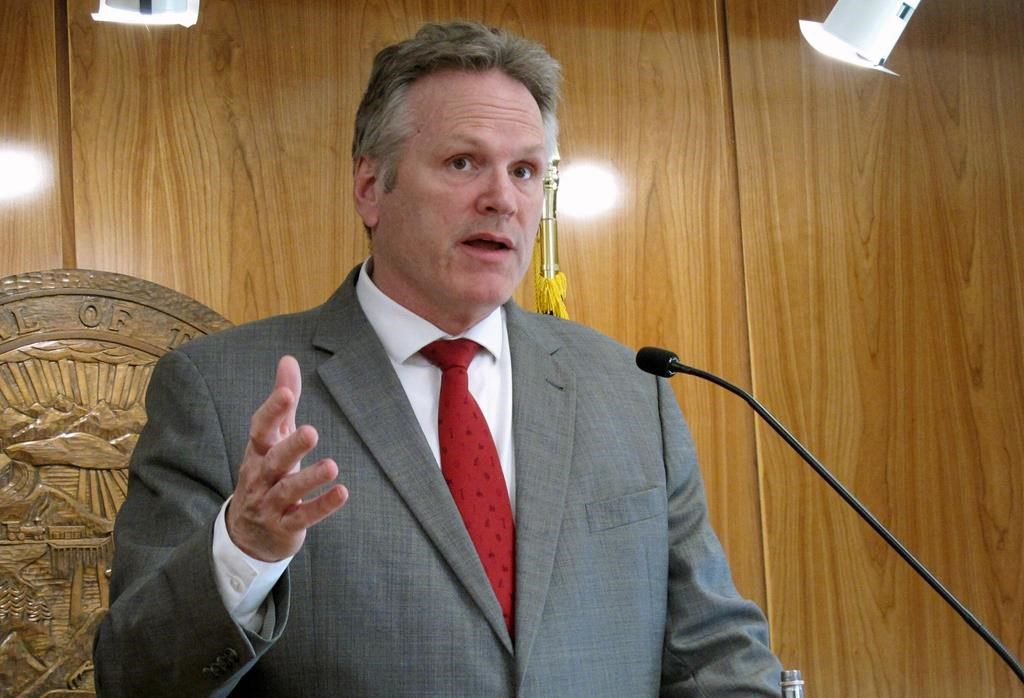 JUNEAU, Alaska (AP) — The Alaska Legislature convenes for a new session Tuesday with a bipartisan coalition controlling the Senate for the first time in over a decade, a divided House struggling to organize for the third straight term and a newly reelected Republican governor who said he’s interested in working with lawmakers and “problem solving.”

There is also a large freshmen class, and a list of familiar challenges: Dwindling savings. Oil prices well below heights reached last year. Unresolved questions about what size dividend should be paid to residents from Alaska’s nest-egg oil-wealth fund, the Alaska Permanent Fund.

For years, lawmakers have said resolution is needed on the dividend so they can turn greater focus to other issues affecting the state. Trying to find agreement on the dividend is a priority for incoming Senate president Gary Stevens, who will lead a 17-member caucus of nine Democrats and eight Republicans in the 20-person Senate.

Stevens, a Kodiak Republican, said there is interest, too, in delving into the issues of education funding and pension and retirement matters for teachers and other public employees. He said he was hopeful his caucus would “firm up” its goals when all the members get to Juneau.

The Senate has seven new members, a group that includes Republican Cathy Giessel, a former Senate president who lost a reelection bid in 2020 and returns to the chamber after a successful campaign last year, and Republicans Kelly Merrick and James Kaufman and Democrat Matt Claman, who previously were in the House and successfully ran for the Senate last year.

The 40-person House has 19 new members, two of whom — Republicans Craig Johnson and Dan Saddler — are former representatives returning to the chamber after several years away.

In 2019 and 2021 — the start of the past two legislative cycles — it took until February for the House to elect a speaker. Caucuses don’t always neatly form along party lines in Alaska, where personalities and policy positions often factor in. Lawmakers hope to avoid a drawn-out fight this year.

The last bipartisan coalition in the Senate was in 2012. In the years following, there were Republican-led caucuses that included one or two Democrats.

Rep. Cathy Tilton, a Wasilla Republican, said she sees work on a state fiscal plan as imperative, with a revised spending limit a key piece. While lawmakers have long talked about the need for a fiscal plan to move away from yearly budgeting around the volatility of oil, they have struggled to coalesce around what a plan should include.

For example, how should the dividend be handled? Should there be new or higher taxes, and what would those be? Alaska has no statewide sales or personal income tax, and has long relied on oil.

There is a yearly application process for dividends, and residency requirements to meet. The program dates to the early 1980s.

In 2018, amid deficits, lawmakers began using permanent fund earnings traditionally used to pay dividends to also help pay for government, and they sought to limit how much is drawn each year from earnings. A longstanding formula used to calculate dividends was last used in 2015. That old formula has been seen by many lawmakers as unsustainable, but efforts to come up with a new one have faltered. Lawmakers have generally just been setting a yearly amount.

Dunleavy in his budget proposal called for a dividend in line with the old formula, which his office said would be around $3,860 a person this year. He said he will also press lawmakers to consider his proposal to pursue carbon markets as a way to generate revenue for the state.

Lawmakers last year approved paying residents $3,284, which included a dividend and a $662 one-time energy relief payment. The checks were approved when oil prices were around $115 a barrel. Recently, they have been around $80 a barrel.

A spike in oil prices last winter and spring, amid Russia’s war with Ukraine, were accompanied by rosy state revenue projections that have since been revised down.

Dunleavy, who had an at-times rocky relationship with lawmakers during his first term, said when he was sworn in last month that his goal is to “work with everybody to create an Alaska for the next 50 years.”

Stevens said he believes the administration is “willing to listen to us and work with us.” But he said he thinks the dividend that Dunleavy has proposed is “not doable.” Stevens said to maintain state services, “we simply cannot have a dividend that high.”

NEA-Alaska, a major teachers’ union, sees education funding as a leading topic this session. Its president, Tom Klaameyer, said the union wants to see a “meaningful” increase in the state’s student funding formula.

Dunleavy, a former educator, in an interview said he’s willing to discuss school funding but said there also should be discussions around performance and outcomes.

“I think we have to have a discussion about where we want our educational system to be,” Dunleavy said.

Klaameyer said there is an “educator shortage crisis” and that school districts are cutting programs and struggling to fill jobs or retain educators.

He also said he believes that “if you provide those resources for students, you provide the best educators in every profession in the schools, that you support kids, then the outcomes will come. They’ll be there.”