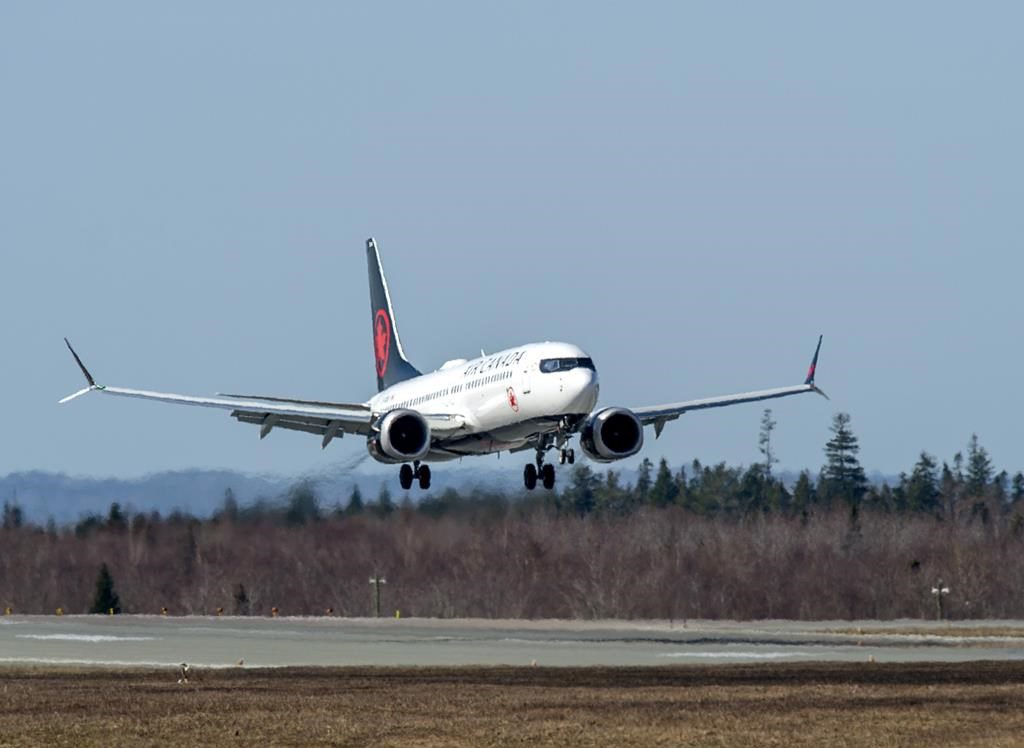 OTTAWA â€” After months of negotiations, Ottawa has reached a multibillion-dollar rescue deal with Air Canada that will give the government an equity stake in the pandemic-battered airline.

Under the agreement, Air Canada can access up to $5.9 billion from the public purse but must refund passengers whose flights were cancelled due to COVID-19, cap executive compensation at $1 million and restore service to regional airports.

The package, which will see the federal government pay $500 million for a six-per-cent stake in the country’s biggest airline, also requires the carrier to maintain employment at current levels or higher.

"Taxpayers aren’t footing the bill. This is a loan facility, and the government of Canada fully expects to be paid back,” Finance Minister Chrystia Freeland said Monday night, referring to the $5.4-billion credit facility.

Some $1.4 billion of that is earmarked to help reimburse the thousands of customers who paid for tickets but remained in the lurch at the end of 2020.

"We have agreed with Air Canada that refunds should be issued as soon as possible, beginning in the coming weeks and months,” said Transport Minister Omar Alghabra, though Air Canada has up to seven years to draw on the low-interest loan.

Both Goldy Hyder, chief executive officer of the Business Council of Canada, and Canadian Labour Congress president Hassan Yussuff expressed approval of a rescue package tailored to a devastated industry.

But the Canadian Union of Public Employees, which represents 10,000 Air Canada flight attendants, decried the deal, saying it “betrays the government's commitment to support airline workers affected by the pandemic.”

“We had a commitment from the Trudeau government that any relief money for the airline sector would flow directly to support workers, and that commitment is not reflected in this agreement," CUPE president Mark Hancock said in a statement.

“This deal is exactly what we feared a deal cooked up behind closed doors would look like: it's a year late, no transparency, and not nearly enough to support the thousands of flight attendants still reeling from the impacts of the pandemic.”

Travel restrictions introduced through the beginning of the pandemic have been catastrophic for the airline sector.

Air Canada’s passenger numbers declined 73 per cent in 2020 following several years of record growth for the airline. During 2020, it reduced staff by more than 20,000, more than half of the pre-COVID total, then cut another 1,700 employees in January.

The Montreal-based company posted a staggering $1.16-billion loss in the fourth quarter of last year, a result that caps off what the carrier’s then-CEO called the bleakest year in aviation history.

Freeland, asked whether the package could provide a framework for a deal with WestJet, stressed the importance of two national airlines and characterized negotiations with the Calgary-based No. 2 carrier as “constructive.”

The deal was hashed out under the watch of Michael Sabia, who was named deputy finance minister in December following decades in senior roles in both the corporate world and public service. He stepped down as CEO of the Caisse de depot et placement in February 2020 after 11 years at the helm.

The deal he helped hammered out bars dividend payments and share buybacks by Air Canada, on top of capping executive compensation for as long as the loans play out, Freeland said.

The company has also committed to resume service at 13 regional airports as well as seven others through “interline agreements” with regional carriers.

It has further pledged to complete the purchase of 33 Airbus A220 aircraft, manufactured at the Mirabel facility in Quebec, guaranteeing continued employment for factory workers.

Refunds will be available for flights purchased on or before March 22, 2020, for travel after Feb. 1 of last year, regardless of whether they were cancelled by the passenger or the airline, Freeland said.

Tickets purchased after March 22, 2020, where the flight was subsequently cancelled by the airline will also be refundable, she said.

Air Canada confirmed that customers who accepted flight credit or Aeroplan points as well as those who declined both will be eligible for reimbursement.

Ottawa’s half-million-dollar purchase of 21.6 million shares at $23.18 per share leaves it with a small ownership stake and the right to buy 14 million more. Its voting interest in the company is capped at just under 20 per cent.

Jacques Roy, a professor of transport management at HEC Montreal business school, deemed the equity stake “a little bit of a surprise.”

Canadian airlines had been resisting that tool, though it’s been deployed elsewhere. Last week the French government announced it would up its stake in Air France-KLM to about 30 per cent with a $6-billion investment. Germany unveiled a 20 per cent stake in Lufthansa last May as part of a $13.7-billion bailout.

Under the terms of the agreement, Ottawa can buy millions of shares at $27 per share â€” Air Canada’s closing price Monday â€” over 10 years, if Air Canada chooses to trigger that option.

“Assuming that Air Canada does well and that two, three, five years from now the company shares are back to $40, $50, then the Canadian government can actually make a good deal out of this,” Roy said.

More than $2.3 billion of the $5.4 billion in available loans have an interest rate below two per cent, a “cheap” rate that would be enviable to other Canadian carriers, he added.

On top of the massive loan under Canada’s Large Employer Emergency Financing Facility (LEEFF) program, the company has raised $6.8 billion in liquidity to stay afloat during the pandemic.

“This program provides additional liquidity, if required, to rebuild our business to the benefit of all stakeholders and to remain a significant contributor to the Canadian economy through its recovery and for the long term,” CEO Michael Rousseau said in a statement.

Air Canada collected $554 million from the Canada Emergency Wage Subsidy in 2020 and said it would continue to access the program in 2021.

Organizations supporting Air Canada’s calls for a bailout have included unions such as Unifor and the Canadian Air Traffic Control Association, as well as the National Airlines Council of Canada industry group.

Companies in this story: (TSX:AC, TSX:TRZ)

â€” With files from Dan Healing