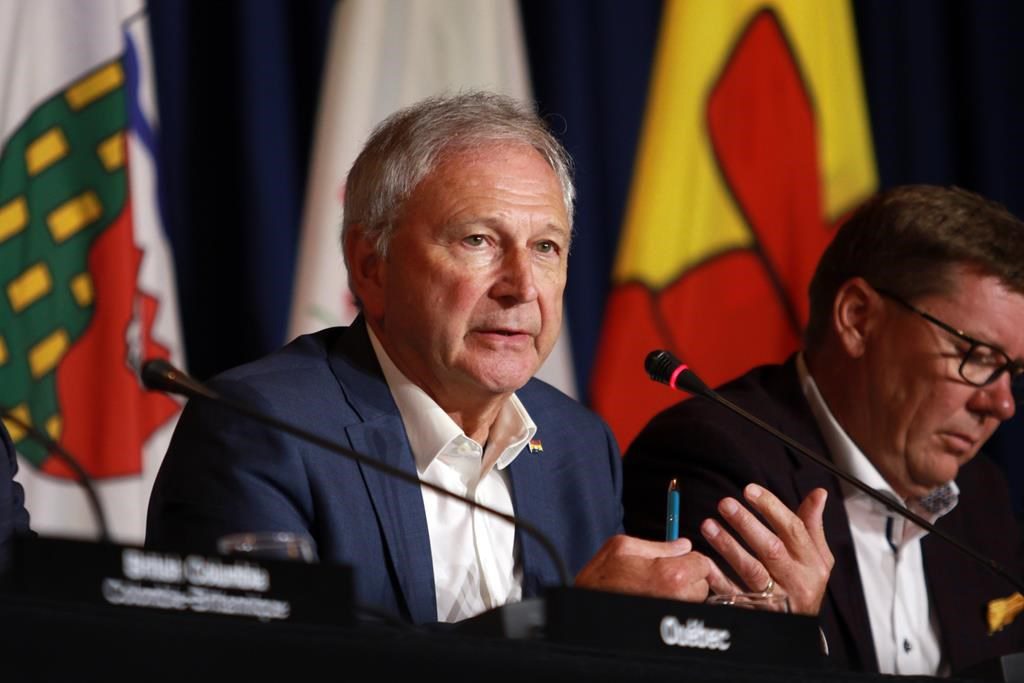 FREDERICTON — The language debate has been rekindled in Canada’s only officially bilingual province, as the New Brunswick government looks to reform French immersion in schools.

Premier Blaine Higgs says the French immersion program has failed. But his critics, including major francophone groups in the province, say the government is threatening social harmony between New Brunswick’s two linguistic communities.

During a recent new conference, Higgs said that over the past 50 years, 72 per cent of anglophone students had failed to become bilingual by graduation. A 2021 review of the Official Languages Act showed that more than 60 per cent of students in the anglophone school sector were not enrolled in the immersion program, resulting in their French-language competencies being “extremely” low.

“You kind of say, something’s not quite right. How do we fix this? And that’s the goal,” Higgs said. “So there is no desire here to reduce anything. The desire is how do we get better. And we get better by talking to each other about what are the concerns, what are the issues, how do we develop collectively.”

Higgs, however, wants the program replaced by next fall — but he hasn’t said publicly what will take its place.

The government’s decision led to the fiery exit from cabinet of Dominic Cardy, who resigned as education minister last month, accusing Higgs of disregarding data that showed French immersion was working.

In a recent interview, Cardy — who has been kicked out of the Progressive Conservative caucus — said that despite the challenges, the program shouldn’t be scrapped. Some of the issues plaguing French immersion, he said, include that the system is mostly accessible to privileged children from better off backgrounds who live in bigger cities.

There is also a shortage of qualified teachers, he said.

“There have been more and more cases where French immersion, which is supposed to be — as the name suggests — fully immersing a kid in French, that they’re not even getting out of the shallow end,” Cardy said.

“Because in many cases the teachers don’t have the French-language capacity they need to be able to run a French-language-based class and make sure the students are talking in French all the time, which is part of what makes immersion.”

Cardy said the premier “has very little understanding of how the system works.” Higgs, he continued, “was constantly pushing for politically driven timelines that didn’t have anything to do with the educational needs of the students, or the ability of the education system to embrace big changes.”

Alexandre Cédric Doucet, president of a major francophone organization in the province — the Acadian Society of New Brunswick — called the French immersion program a Canadian success story. “Unfortunately, our government wants to cut it down,” he said in a recent interview. “I think that an attack to the French immersion program is an attack against official languages.”

Doucet’s group sent a joint letter with Canadian Parents for French New Brunswick to Higgs on Oct. 25, in which they said the premier’s “unilateral desire” to abolish French immersion in the province by 2023 will lead to an erosion of individual bilingualism.

“Social harmony in New Brunswick is based on two complementary but distinct social contracts: the Official Languages Act of New Brunswick and access to French immersion within the province’s anglophone community,” it said.

“While the former allows all citizens to access government services in the official language of their choice, the latter allows students from the linguistic majority to acquire French as a second language. These two components are explicitly put at risk your by plans.”

Official bilingualism is an asset that gives New Brunswick a cultural and constitutional distinctiveness that deserves to be celebrated, not denigrated, it said.

The Second Language Research Institute of Canada, at the University of New Brunswick, also wrote to the premier about his plans to reform French immersion. The institute said it is “deeply troubled” by the Higgs government’s plans to introduce a new French language program next year.

Their concerns relate not only to the compressed timeline, which they said makes the development of any sound program practically impossible, but also to the potential elimination of French immersion altogether. The letter questioned whether the new program would be successful in meeting the needs of a broad range of students, adding that building a new program is a “monumental undertaking.”

The implementation of a new system next year “seems not only difficult to envision, but entirely unreasonable,” it added, noting it would be disruptive coming on the heels of the pandemic and its ongoing challenges to teachers.

Doucet said the Acadian society has always considered French immersion to be a social contract between the two official linguistic communities. “And if the government wants to break the social contract, that will be a big impact across the country,” he said.